The first New Zealander to go on trial for insider trading is claiming the company's poor performance was the reason he sold off nearly half his shares before the price dropped. 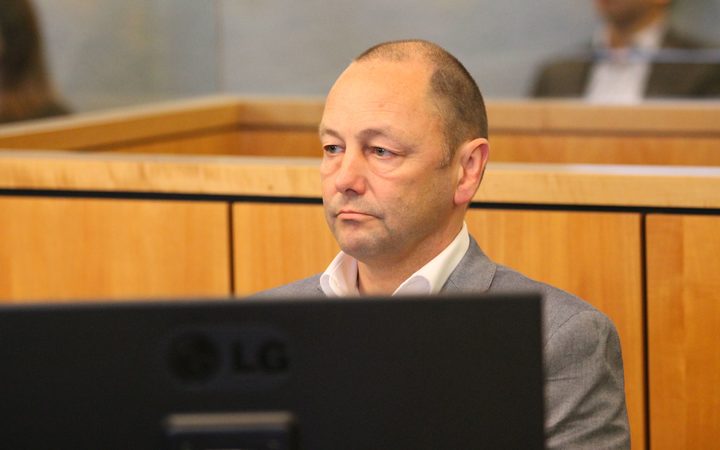 Hamish Mark Sansom is standing trial at the High Court in Auckland charged with using information not available to the public to trade shares.

He is accused of dumping 15,000 of his nearly 40,000 EROAD shares in 2015 after a tip-off from a friend who worked at the road transport software company.

In May 2015 Mr Sansom got the following text message from his friend: "US sales not doing too well, time to sell up? Confidential, obviously."

The message was accompanied by an image of a confidential internal company report that Mr Sansom's friend was working on.

Two minutes later, Mr Sansom replied with: "You're a bad boy ... but thanks."

The Crown alleges Mr Sansom took the chance to dump the shares for $51,000 before EROAD went public about its sales, leading to an inevitable drop in its share price.

But Mr Sansom gave evidence today and denied that he cheated the system.

He denied opening the confidential report and said while his friend should never have sent him the text, the news that US sales were poor didn't come as a surprise to him.

He told the court he was worried about the company after reviewing its financial performance.

"I was very concerned. I thought it was quite a poor performance if you looked at the numbers because there was not only these issues that had been identified in the reports we've just reviewed, talking about [being] eight to 10 weeks behind. This was their most important year; this was the year when they had to prove themselves in Oregon."

Hamish Sansom said EROAD had set milestones in its expansion into the US market, but the numbers from its business in Oregon showed things were not tracking so well.

Mr Sansom said he also had bills to pay and told the court that selling his shares in Eroad was the only way he could keep his head above water.

The trial before Justice Fitzgerald and a jury of six men and six women, is due to wrap up at the end of the week.