Auckland Council is being warned its reputation is on on the line unless it makes urgent changes to tackle the backlog of building consents. 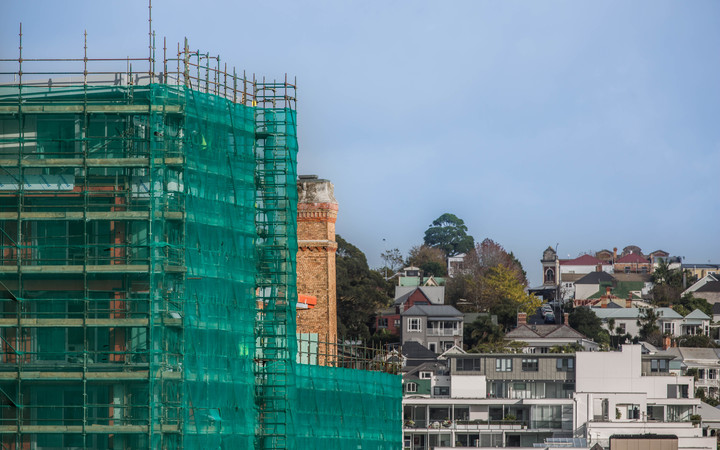 The council processed more than 12,300 new home consents in the past year, the largest number since 2004.

KiwiBuild will ramp up that workload by more than 5000 a year.

But even with staff working overtime the council is not meeting its 20 day statutory timeframe.

"The stuff I've been involved in in recent times [has taken] 8 to 12 plus weeks - depending on the complexity of the build.

"You're trying to forecast start dates for contractors but you can't actually give them a positive date."

The council is trying to get on top of the problem and has come up with what it calls its Meeting Demand Programme.

An independent review by consulting firm MartinJenkins said customer satisfaction was at an all-time low and the council needed to make faster improvements, especially in recruitment.

"The current situation represents a clear and present risk to both the organisation's reputation as a building consent authority and its ability to support building construction activity in Auckland.

There was a health and safety risk in that substandard applications might inadvertently be approved and poor construction practices missed in inspections, it said.

The council was offering competitive salaries for building inspectors but experienced staff were being headhunted by the private sector.

"Consequently, there is shortage of staff with the higher levels of competency."

The review said the recruitment process was "cumbersome and onerous" and recommended the council take an "aggressive" approach in scaling up its operation.

The department's IT system was regarded as a "drag on the performance of the department", and the council's demand forecasting was "inadequate."

MartinJenkins director Doug Martin was appointed Crown Manager to improve consenting processes in Christchurch after the City Council was stripped of its accreditation in 2013 for its delays in the rebuild.

He said Auckland Council's situation was not as extreme and staff were not short of ideas on how to fix the problems - it just needed to get on with the job.

"If the programme is implemented aggressively and appropriately ... it will start to address the situation that's confronting council."

His report notes the 350 staff are working hard and feeling tired.

He expected it to take six months to put the programme fully in place, but said it was important to take the time to get things right.

"I think the wrong response is to basically just continue working in overdrive to meet demand without taking the time out to develop some underlying measures to improve things."

Auckland Council director of regulatory services Penny Pirrit said they had been trying to put improvements in place for years in the face of of more and more work.

"It hasn't levelled off or dropped down like what tends to happen in the ups and downs of the building industry, where you might have two or three years of growth and then it drops down again.

"We've just had this steady curve going up, and with the steady curve, all of the process improvements, we do get a little bit behind."

The council was forming a dedicated team tasked with putting the programme in place and prioritising initiatives, she said.