The Philippine Ambassador to New Zealand Jesus Domingo wants better protection for the more than 4000 Filipino students in New Zealand and is asking tertiary institutions to formally declare they won't use dodgy agents to recruit them. 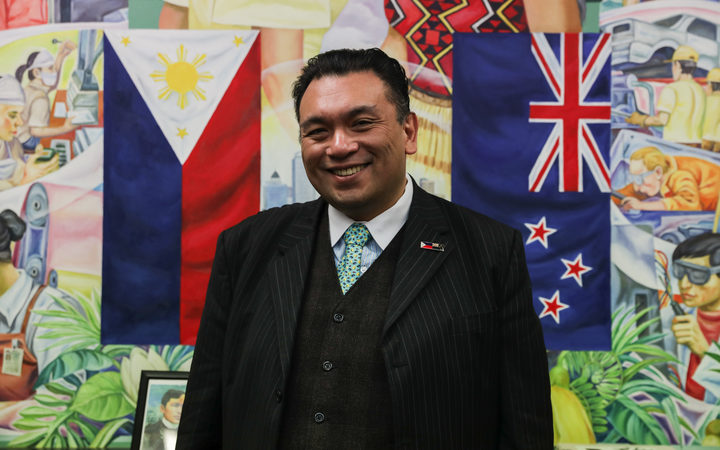 Mr Domingo said the government's code of practice for institutions that enrolled foreign students was good but there were gaps and he was developing his own document for those that enrolled people from the Philippines.

The ambassador's document, initially called a code of ethical practice, asked signatories to cut ties with agents who behaved unethically or charged high fees, and refrain from misleading advertising.

One private tertiary institution, the International College of Auckland, had already signed up to the scheme.

Mr Domingo said his initiative was a work in progress and he wanted to develop a voluntary framework or agreement that would complement the government's code of practice.

New Zealand's regulations were good for redressing wrongs but only if students were brave enough to speak out, he said.

"The problem is many students, not just Filipinos, but many who have come here are already here, they've already invested a lot and they're afraid that if they do complain they may lose whatever chance they have of fulfilling one of the goals of coming here in the first place, education as a bridge to migration."

Mr Domingo said some of those students were lured to New Zealand by misleading promises that they would easily obtain residency after completing their studies.

"We have so many complaints, a whole file of complaints, of students who have literally hocked the family farm or spent millions in Philippine currency to come here only to find out they were misled," he said.

The International College of Auckland was the only organisation to sign up to the ambassador's document so far.

Its principal, Paul Binney, said the document was useful because it spelled out what was expected of the agents who recruited students.

"The requirements that he's got for how overseas agents operate is exactly in line with what we would be expecting," he said.

Mr Binney said the ambassador's initiative was important because in some cultures people observed official rules and regulations only if a public figure reinforced their importance.

"The ambassador getting involved is an opportunity to really reinforce what those good practices should be."

"The code of practice he's developed is mirroring the current international code of practice for pastoral care of students so it makes it difficult for both providers and students and the agencies to work out which code is going to apply and also whether it has any legislative standing at all," he said.

The Education Ministry's international education group manager, Belinda Himiona, said the government's code of practice was the only legally binding code in New Zealand, and had been mandatory since 2002.

"Our code of Practice is world-leading, and we believe that it sets excellent pastoral care standards for all international students in New Zealand," she said.

Ms Himiona said the code was reviewed and strengthened in 2016 to ensure that all international students were well-informed, safe, and properly cared for.