A sex abuse victim is calling for a prestigious Catholic school to sack its rector for not removing a teacher who sexually assaulted him years ago. 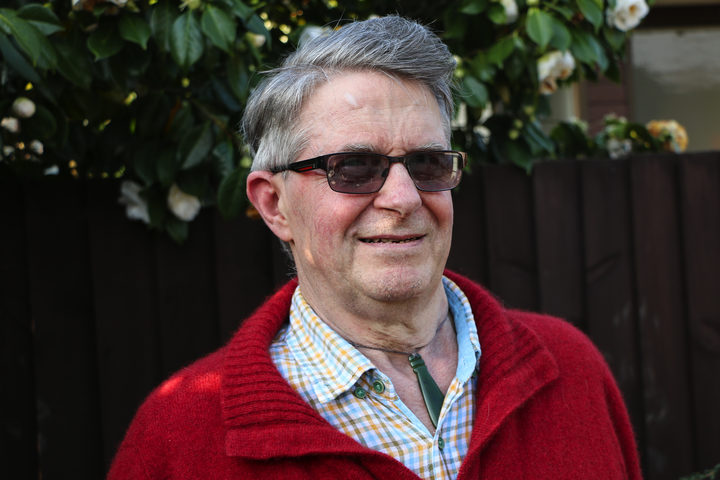 Peter Boock has complained to the board of trustees at St Bede's College and the Education Council. Photo: RNZ / Phil Pennington

Peter Boock has complained to the board of trustees at St Bede's College in Christchurch, and to the Education Council, about the rector Justin Boyle.

Mr Boyle initiated an investigation of the teacher Robin Pettit in 2011, when Mr Boock first made a complaint.

Mr Pettit has admitted sexually assaulting Mr Boock in Dunedin in the late 1960s, when he was about 19 - and before Mr Pettit was a teacher - and the former a young teen.

Mr Pettit continued teaching at St Bede's after the complaint and investigation.

"I'm asking for the board of trustees to remove Justin Boyle," Mr Boock told RNZ.

"He, in 2011, carried on with a self-confessed child abuser in a senior teaching role, and enabled him to keep teaching the children. That's untenable."

The school board rejected that.

"St Bede's College categorically denies any claims that it failed to properly investigate a complaint about one of its teachers in 2011, which relate to events that took place between two people in the 1960s," board of trustees Chair Warren Johnstone said in a statement to RNZ.

RNZ has heard the taped call in which Otago Daily Times reporter Chris Morris asked Robin Pettit for his response to Mr Boock's claim that he was abused by Mr Pettit as a young man in Otago.

The reporter asked Mr Pettit if he "attacked" Peter Boock when he was about 14 years old.

"I did have a bad period there for a short time ... deeply regretful about that but ... I was quite glad when he actually approached me about it there back in 2011."

Mr Pettit told the Otago Daily Times' Chris Morris he had been informed by St Bede's that the reporter was looking into this. Asked if Peter Boock was "the only one", he said yes.

"As I said to Peter [Boock] and to Justin [Boyle], there's no excuse, but it was not a good period of my growing up life at all."

RNZ approached Mr Pettit this week. He said the Otago Daily Times story was "wrong" but would not say in what way, and then refused to comment further, saying the matter was with St Bede's lawyers.

The rector Justin Boyle refused come out of his office to talk to an RNZ reporter who visited St Bede's.

Approached for comment, the Catholic Bishop of Christchurch, Paul Martin, said the church took all allegations of this nature seriously.

He said he could not comment further on the issue as the case was being investigated by the Education Council.

The council was in the early stages of an investigation, but said it was not able to comment on the specifics of it for privacy reasons.

It said it was able to investigate matters relating to misconduct and competence issues by teachers.

The council was unable to confirm a timeframe for when the investigation would be completed. 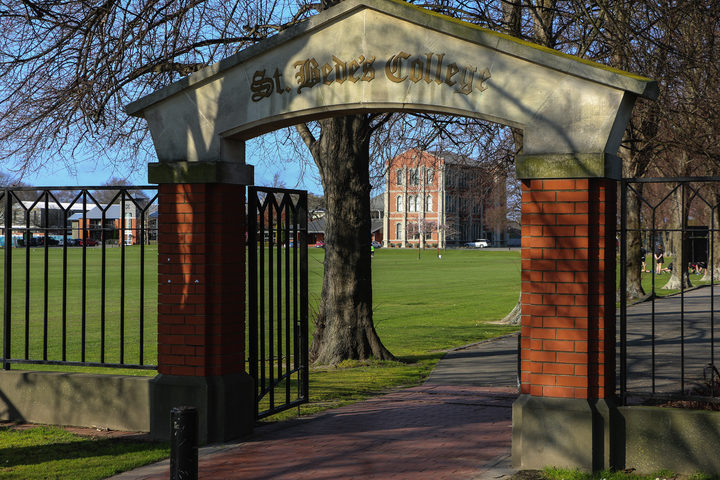 "I'm afraid there's no letting anyone off for sexual abuse ... it's never been anything else but a shocking crime against children," Mr Boock told RNZ.

"The fact that it's years later, and whether he's repeated or not repeated, is not the case for me. He ruined my young youth as I grew up and that's lived with me for 44 years. That's very hard to say it's OK, cos I won't and it's not."

He said Mr Boyle told him in 2011 that Mr Pettit had admitted the assaults when confronted with an affidavit from Mr Boock in 2011.

He had approached the rector after learning out of the blue that Mr Pettit was a teacher, working at St Bede's. At the time he was not well, and did not want the stress of the police and courts, he said.

Mr Boock admitted that in 2011 he had thanked the school for its investigation and for covering all the bases. But this could in no way be taken as a sign the school had investigated properly, he said, as he was traumatised back then, and took some years to recover, including from alcoholism.

Mr Pettit should never have been a teacher, and at the least should have resigned in 2011 when the school did not move to dismiss him, Mr Boock said.

His only aim in going public was to protect children by pushing for better laws for mandatory reporting of abuse and independent investigations of complaints, he said.

His complaint will be considered by the board on Monday next week.

The college was "deeply concerned about lack of due process in regards to the claims being made via the media", the board chair Warren Johnstone said.

"The College has and will always ensure that any complaint of misconduct is properly investigated and addressed, while respecting people's right to privacy and proper process."

The Network of Survivors of Abuse in Faith-based Institutions backed the call for Justin Boyle to step down.

Mr Boock said he would not have had to go public in this way if he felt confident the upcoming Royal Commission into historical abuse would have allowed him to raise the case, and have the school's response investigated.