Super-cooled liquid clouds are hot on the agenda for climate modelling researchers who want to know more about their impact on climate models. 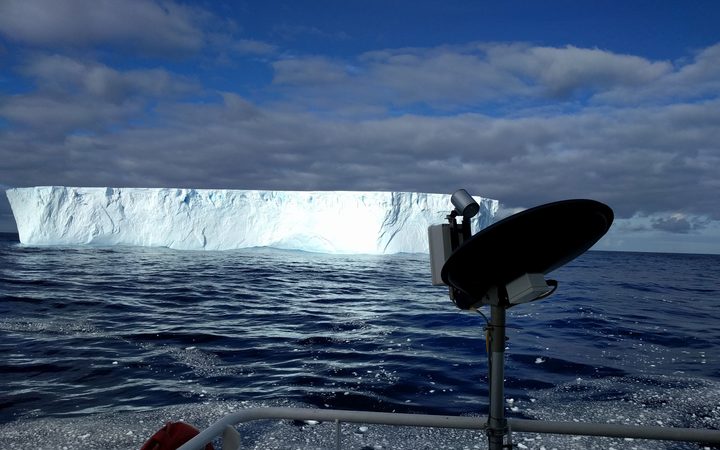 The clouds didn't get their name for their popularity, but rather their ability to reach subzero temperatures while remaining in liquid form.

Climate models help us to predict the impacts of climate change and storm tracks while our climate changes, but clouds can add uncertainty around getting the predictions right.

Research through the Deep South National Science Challenge's Cloud and Aerosol Project is looking at better understanding these clouds.

Associate Professor Adrian McDonald from Gateway Antarctica, which is University of Canterbury's Antarctic research centre, said super-cooled liquid clouds occur much more frequently in the Southern Ocean than the rest of the world.

"These clouds are where the water is not frozen, but they may be at minus 30 degrees Celsius, that's because they haven't got the tiny particles to start that ice crystal formation process," he said.

Professor McDonald said these clouds act differently than other clouds and tend to form over this region partly due to a lack of certain particles in the atmosphere.

He added this can cause errors in the models, which can be a real issue.

Much of New Zealand's precipitation is from frontal cloud systems in this region, he said.

As part of the project, researchers have travelled to the Southern Ocean on the Aurora Australis, HMNZS Wellington and the NIWA research vessel, RV Tangaroa.

Professor McDonald said more research was also in the pipeline.

"In the coming year my colleague, Dr. Wolfgang Rack, is involved in a project in the Weddell Sea to examine Larsen C iceberg and sea ice changes on the Agulhas II Icebreaker.

"We've managed via our contact to put instruments on that boat to improve our measurements," he said.

He said it was important to get this information right, so we can better predict climate changes in the future.