Celebrity lawyer Erin Brockovich has been making waves across the Tasman, accusing authorities of inaction over water contamination from firefighting foam, but the real homespun hero when it comes to the fallout from those chemicals, is less well-known. 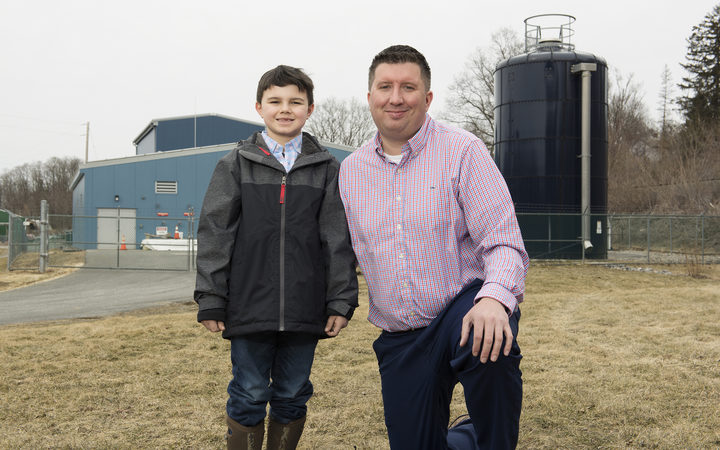 Erin Brockovich's story of toppling a billion-dollar corporation in one of the largest environmental pollution lawsuits in American history was immortalised in a Hollywood movie. She's been in Australia, talking about the contamination crisis as a result of firefighting foam, containing the toxic chemicals.

But when it comes to the fallout from the chemicals known as PFASs, American Michael Hickey has been at the forefront in his own self-determined way.

An insurance underwriter in his late 30s, Michael Hickey watched his father die of kidney cancer, in Hoosick Falls, upstate New York in 2013.

That led the father of one to a Google search, which led to water tests at a local McDonald's, and eventually to the drastic lowering of safe health thresholds for foam across the US.

"For me it was about my dad and about my son who's in second grade, so he's seven years old," he said on Skype from Hoosick Falls.

"This was never anything that I thought I would be doing four years later, but I think he would be proud of me and I hope my son will be some day. You know, I would like to think we made a difference."

His father drove the school bus during the day and worked in a plastics factory at night, making Teflon products.

PFOA is one of two key damaging chemicals, along with PFOS, that was common in firefighting foam, Teflon and Gore-Tex - till manufacturers began getting sued. They found alternatives, but they often contain related compounds over which there are many question marks too.

PFOA and PFOS are currently being tested for in groundwater and soil at Defence Force bases and airports around New Zealand.

After his father got cancer and died, and a 40-something local teacher also died of cancer, Michael Hickey got curious.

"So I googled 'teflon and cancer' and what came up was PFOA."

That led him to the largest so far into the health impacts of PFASs, by the C8 Science Panel.

But Hoosick Falls authorities did not want to investigate. So he did it himself, using the same Canadian lab the C8 panel used.

"They sent me basically a cooler, pretty much eight jars, and they asked for four different samples.

"Our local government wouldn't give me the raw samples so I went to private wells that I knew that weren't on our municipal water supply, which was at our local McDonald's and a local variety store. I took one from my house, I took one from my mother's house.

"All of them came back positive.

"But the ones that came back the highest were actually the ones on the municipal water supply, which were my house and my mother's house ... then I knew I was right."

It took a year, and approaches to village, county, then state governments, before the Environmental Protection Agency stepped in and stopped locals drinking the water.

Eventually, half the 7000 people in the surrounding area got blood tested for PFOA.

The resulting anger over high levels, including in young children, pressured the EPA to drop the federal safety guideline for PFOA in drinking water from 400 parts per trillion to 70 parts.

In New Zealand, the guideline level remains at 560, eight times higher. Because it is an interim guideline only, health authorities in this country do not need to be notified if PFOS or PFOA are found in water or soil. Taranaki's medical officer of health was not told about PFOS contamination at several sites in the province until RNZ got the story.

Another three years on in Hoosick Falls, and the village has a $10 million carbon filter system and zero PFOA in its water, though the fight is continuing to get clean water piped in from miles away, rather than rely forever on the treatment system.

The latest setback was a health survey by a community college that last month found higher rates of illnesses among residents exposed to the toxic substance than did a previous study conducted by the New York State Health Department.

"We're seeing all these health impacts from the additional studies that have been coming out, and nothing's ever saying, you know, this is good for you," Michael Hickey said.

"Every study ... seems to be making a stronger case for lower numbers."

New Zealand levels of PFOA might be low, he said, because it tended to turn up where factories had been manufacturing or using it. In his town's case, the factory's smokestacks threw out the chemical, which settled on the ground in a wide radius, then was washed into the groundwater by rain.

Some US states are moving to turn what are mostly just health guidelines, similar to what New Zealand has, into legally enforceable safety thresholds. 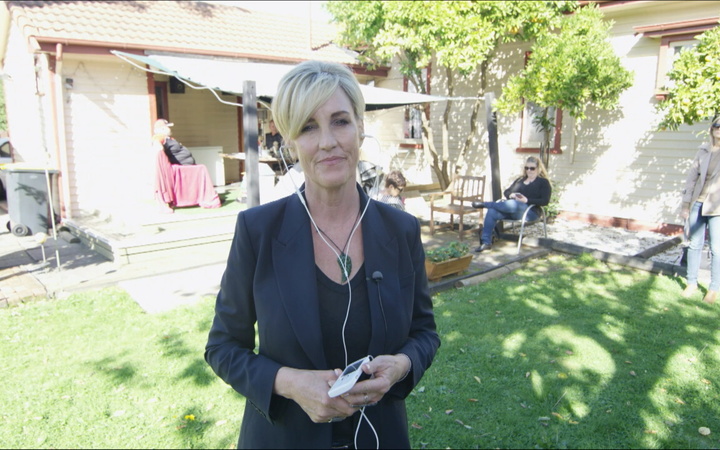 Erin Brockovich was in New Zealand last year where she met with families of earthquake damaged homes in Christchurch. Photo: RNZ