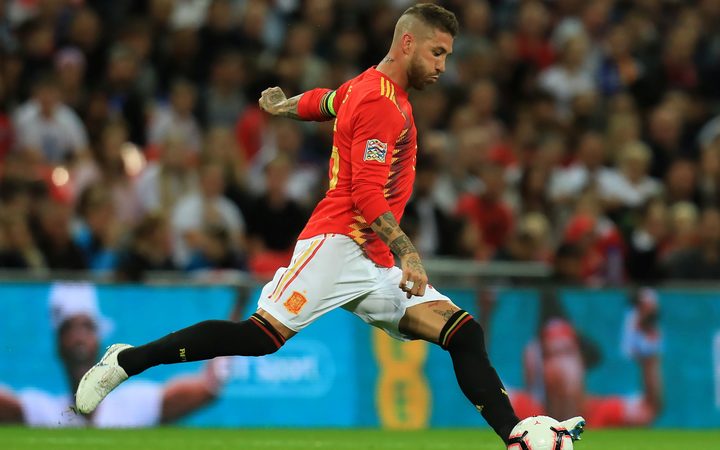 Spain have shown their remarkable potential under new coach Luis Enrique by destroying World Cup runners-up Croatia 6-0 to hand the visitors their biggest ever defeat and take control of their Nations League group.

Midfielder Saul Niguez scored in his home city of Elche by heading home midway through the first half on Tuesday, giving Spain the lead against the run of play after Croatia had made a bright start and missed two good chances.

The hosts soon increased their lead with two thumping strikes from Marco Asensio, the second of which was given as an own goal to Croatia goalkeeper Lovre Kalinic as it bounced off him after crashing against the crossbar.

Rodrigo Moreno completed a fine team move after the interval before captain Sergio Ramos headed the fifth while a strike from Isco saw Spain become the first team to score six against Croatia as they charged top of League A, Group 4 on six points.

Meanwhile, Belgium striker Romelu Lukaku scored twice and won a penalty that Eden Hazard converted as they crushed Iceland 3-0 in their Nations League A, Group 2 clash in Reykjavik.

Bustling forward Lukaku was bundled over by Sverrir Ingi Ingason in the 28th minute and the referee immediately pointed to the spot, with Hazard calmly sending Hannes Halldorsson the wrong way with the resulting penalty.

Lukaku made it 2-0 to Belgium minutes later, firing a close-range shot on the rebound that was judged to have crossed the line before Birkir Saevardsson managed to clear. The Manchester United striker then added a third with a deft flick nine minutes from full-time.

It was Belgium's first game in the new competition and ended a run of 13 competitive matches unbeaten at home for Iceland, who were hammered 6-0 by Switzerland away in their opening Nations League game on Saturday.