A new report showing thousands of households are struggling to pay their power bills backs up its own research, Consumer New Zealand says. 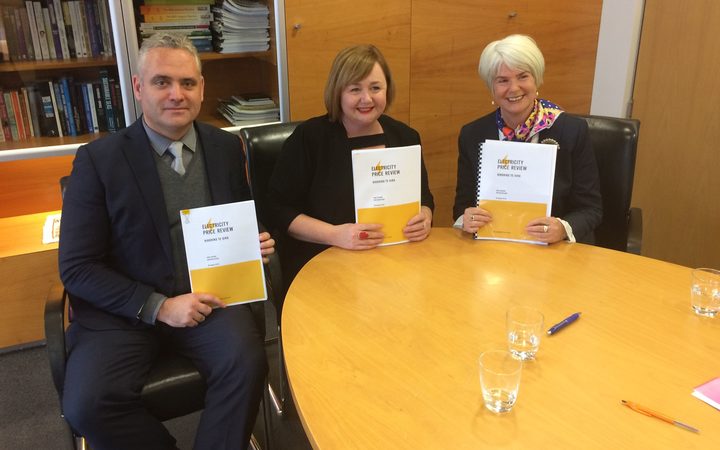 In 1998, when the Electricity Industry Reform Bill was being introduced, the National Government of the time said "the electricity reforms are about getting a better deal for all consumers, especially household consumers."

Today, the first part of an Electricity Price Review by this government, found households have done least well.

The review found 100,000 households are experiencing what's being called "energy hardship," where they are spending more than 10 percent of their income on power.

Minister for Energy and Resources Megan Woods said the finding that many households struggled to pay their power bills was no surprise.

"I sit in my electorate office in Wigram in Christchurch in the middle of winter and watch people pile in one after the other clutching their power bills that they can't pay," she said.

"I know that we have too many families that electricity is simply too much of a component of their household budget through winter, that's why we introduced the winter energy payment to address some of the most vulnerable people, it's why we increased subsidies for insulation," she said.

Consumer New Zealand's head of research Jessica Wilson said low income consumers often missed out on the prompt payment discount or were forced to change to a pre-pay meter, where they have to pay for power in advance and incur fees every time they top up.

Haves and the have-nots

How much you pay for power, and how much your power bill has risen, depends on who you are.

The review found residential power prices have increased 79 percent since 1990 after adjusting for inflation.

But over the same timeframe industrial prices have only increased by 18 percent and commercial rates have dropped by 24 percent.

Ms Woods said there were reasons for the striking differential.

"There has been a shifting of some of those costs from business onto consumers, we've seen that very much and that would be one of the key drivers. But what we've also seen is that for some households they are managing to contain their electricity spend. That has been experienced unevenly across households," she said.

"The issue is not around cross subsidisation, that was a problem in the past. The issue is about an effective, competitive market, where consumers are paying a fair price and part of that fair price is having a good wage and this is what we want in New Zealand," he said.

The report said it appeared there was a two-tier market developing, between those who were able to shop around and get the benefits of competition and those who can't.

It said low income households often missed out on payment discounts, which could be as high as 26 percent of a monthly power bill.

The chair of the review panel, Miriam Dean QC, said it was important to strike a balance, so that all New Zealanders benefited from fair and affordable pricing.

"The market is a lot more competitive so in fact many, many people are benefiting from more competition. But there are, as the Minister has said, a large number that are not. So it will be a matter in the next stage of finding where that balance lies," she said.

Consumer Jessica Wilson said the plans in the market were far too confusing which made changing power companies quite difficult.

"There's the complexity of working out which plan is best, there's a confusing array of options out there and it does take a bit of effort for the average consumer to find out what plan might be the best," she said.

"It's also really hard to work out whether the offer you are getting and it might be for example a fixed term offer, might be better than staying on the plan you are currently on," she said.

One of the most controversial findings of the review is that the industry isn't making excessive profits, based on the available evidence.

"We have gaps in the data set which is spelt out in the report, there's a period from 1999-2002 where there is gaps in some of the industry data that is available," she said.

The public have until mid October to give their views on the document, with the final report expected to be with the Minister in May next year.

The Minister said she was awaiting the findings of the second phase of the review, before deciding what - if any - action the government will take.