New Zealand woman Abby Hartley who has been in a coma in Bali for almost a month has died. 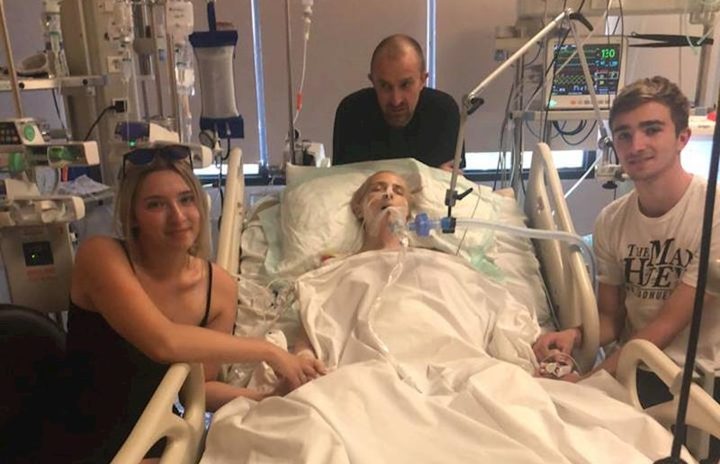 New Zealand mother Abby Hartley in a Bali Hospital with her children, Sophie and Toby, and husband, Richard. Photo: Givealittle.co.nz

Ms Hartley was admitted to hospital on 1 August while on her second honeymoon in Bali.

She had a twisted bowel and contracted a blood infection while on holiday, and fell into in a coma.

She had not disclosed the condition to her travel insurance company and it refused to pay for her care.

But a Givealittle fundraising page raised more than $237,000 to help cover her hospital bills and a Medivac flight home.

National Party leader Simon Bridges said he learned of Ms Hartley's death over the weekend and contacted her husband to offer his condolences to the family.

Ms Ardern said it was incredibly sad the opportunity to bring her home did not eventuate.