Families caring for their adult disabled children are furious a promised fast-track review of the law won't be released for months. 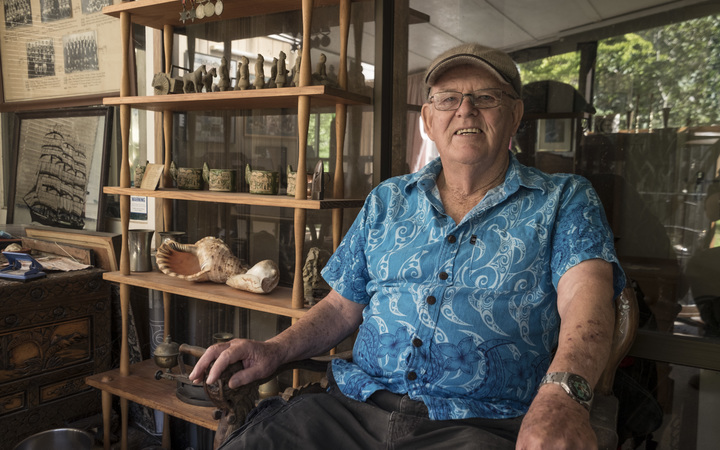 Cliff Robinson, the parent of two adult children with intellectual disabilities, has fought for a decent wage for full-time parent caregivers over the last 15 years. Photo: RNZ/ Brad White

They said despite several decisions from the Court of Appeal, the Ministry of Health refused to accept they should be paid the same as carers who were not relatives.

And they are angry both the Labour and Green parties are being so slow at delivering on their pre-election promise for change.

In February, the Court of Appeal issued a strongly-worded decision urging the Ministry of Health to rethink the funding rules for families looking after disabled adult children.

It's the third time the court has sided with parents and both Health Minister David Clark and associate Julie Anne Genter promised a fast-track review of the policy.

A letter dated 5 April, 2018 to those involved in the case said;

"We can confirm however that the policy review is a priority for the government. The decision of the court has reinforced that position. While we do not have a definitive date at the moment for conclusion of the review, we can nevertheless give you two assurances - the review is on a fast-track timeframe, and the comments that you have made about the 40 hours and the NASC assessments will be closely considered."

This month, the minister released a statement in response to RNZ questions saying he had received advice.

"I have received advice from the Ministry of Health on options for change to Funded Family Care policy and legislation ... that advice is under consideration with anticipated decisions in the next few months," the statement said.

That's angered parents like Cliff Robinson who has cared for his two disabled children for 50 years.

He had high hopes a change of government would make a difference but he said officials seemed to be running the show and the Minister couldn't rein them in.

"The letters we have from the officials it's obvious that they're very much in charge. And they seem to have a snitcher on parents. It's almost as if they think that we shouldn't get paid, that we're getting something for nothing. There's almost that mentality of they should be in institutions, out of the way and out of sight and out of mind. There's still that culture there in the Ministry [of Health]", he said.

"The Minister [of Health] does nothing but take advice from the Ministry and yet we are seeing absolutely no action. Despite his personal undertakings that the matter was to be fast-tracked, all we ever hear is that it's very complicated and it's going to take time. It's not very complicated and there's no reason it should be taking this amount of time," Ms Carrigan said.

Janine Stewart is the co-chair of the Carers Alliance, which represents 48 organisations supporting carers and families who are looking after people at home.

She also can't understand the delays - the Alliance even prepared a report earlier this year to help the Ministry understand how to fix the problems.

"We've been talking about this for several years, this is not new and if the officials think this is new then they're missing the point, that actually the information is there, the report was there to help assist them in clarifying how to go forward into solving them. Not to start going back to say, 'let's revisit them'," said Janine Stewart.

Figures obtained by RNZ show the Ministry of Health has spent $2.6m fighting the three cases to the Court of Appeal - and that doesn't include the ministry's own time.

The current scheme caps payments to 40 hours a week, pays families the minimum wage and prevents any new court action.

It's costing the ministry $8.8 million a year to run, well short of the $23m a year that was budgeted because uptake has been so low. In the five years the scheme has been running just 354 families of the expected 1600 have taken up the scheme.

Lawyer Paul Dale represented a family in the Court of Appeal case.

"What the government wants is for parents to do it for nothing and the Court of Appeal have said that's not fair, that's discriminatory. If the parent won't do it then the state has to pay, why should the parent be treated differently? The courts have ruled on that, what does the government need to be told that hasn't been said by the courts on a number of occasions already," Mr Dale said.

"Only the government can fix it. It's their policies, it's their legislation, it's their mess. And that families have to keep stepping up and saying, 'do something, do something', is just demoralising and exhausting and people are fed up," she said.