The Green Building Council hopes an award-winning Wellington building will show others that old office blocks can become great spaces. 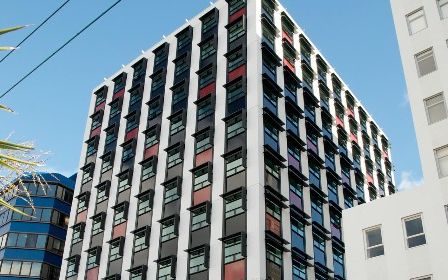 This week Aorangi House on Molesworth Street won an international green award in Singapore for its sustainable design.

The 1970s building had to be vacated in 2005 with a raft of issues including leaking single glazed windows and an uninsulated facade.

A major refurbishment lead by Beca and Studio Pacific Architects kept the building's structure but turned it into a naturally ventilated, energy efficient building with energy savings of more than 60 percent.

Their efforts were enough to please the World Green Building Council judges, taking out the Leadership in Sustainable Design & Performance Award for commercial buildings at its Asia Pacific awards on Thursday.

The head of the Green Building Council Andrew Eagles said it set a benchmark for New Zealand builds.

"It does show that with a bit of thought and consideration we can take old buildings and turn them into a quality space, and actually it's an illustration of what we need to be doing in hundreds of thousands of buildings across New Zealand to meet our zero carbon targets.

He said by retaining the existing structure they were able to save thousands of tonnes of construction waste from the landfill.

"What's really exciting about this is a lot of the industry has focused in the past on new buildings and how they can build those well but here we've got an old building that's been refurbished to a high standard....and I think that's real evidence that we can recreate our existing stock to be healthy and productive workplaces that are low carbon and useful.