A Dunedin woman who wants to escape her mouldy, cold and rotting home says she faced spending nights in the car with her son as there was nowhere else to go. 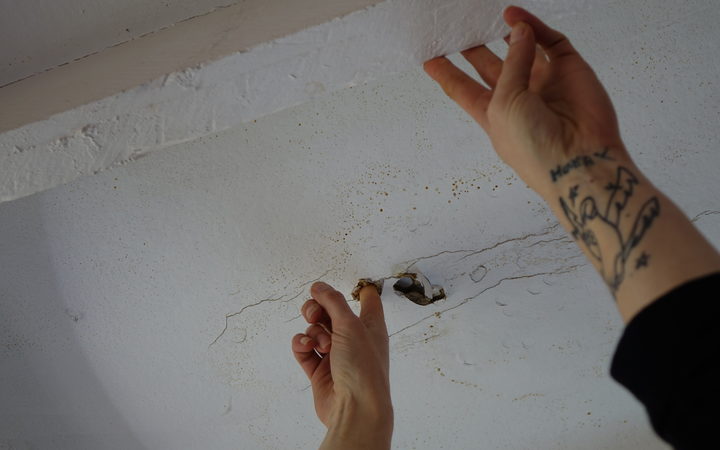 Rose says at the touch of her finger the ceiling in the kitchen gives in. Photo: RNZ / Tess Brunton

Rose, who did not want her full name revealed, and her 12-year-old son moved into the Clyde Hill property in April, but soon discovered mould and water damage as winter settled in.

She said she was forced to seek emergency housing to escape a damp home that made her family sick.

"I can't stay here because I'm just sick and I'm not eating and I'm stressed and I'm at breaking point," Rose said.

The three-bedroom house was not worth $330 a week when it was just making her and her son sick, she said. 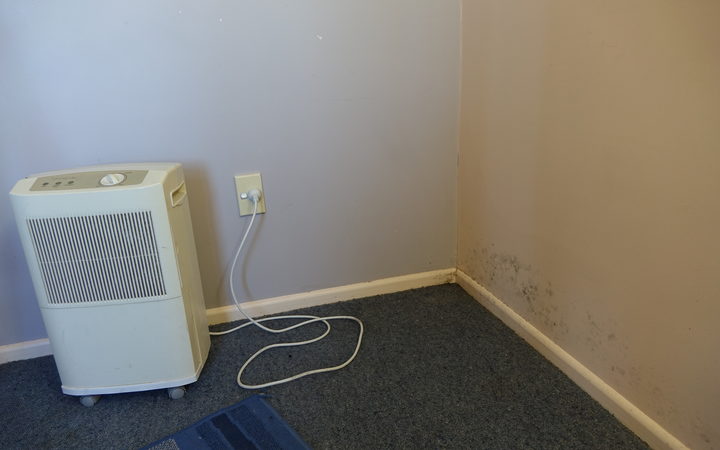 Rose says she's been forced to live in a Dunedin home that's mouldy because there's nowhere else to go. Photo: RNZ / Tess Brunton

Rose said she fought to get out of the lease, but stayed in the house as there was nowhere else to go.

She applied for several other rental properties, but said there were 20 to 25 people at the viewings she went to.

With no new home to move into, she considered living in her car and approached Work and Income and Housing New Zealand about emergency accommodation.

When RNZ visited the home, there was water damage in the lounge, and most of the wooden window sills were rotten.

A couple of bowls and towels lay around in case water leaks through - but she said it was absorbed by the rotten wood in the ceiling. 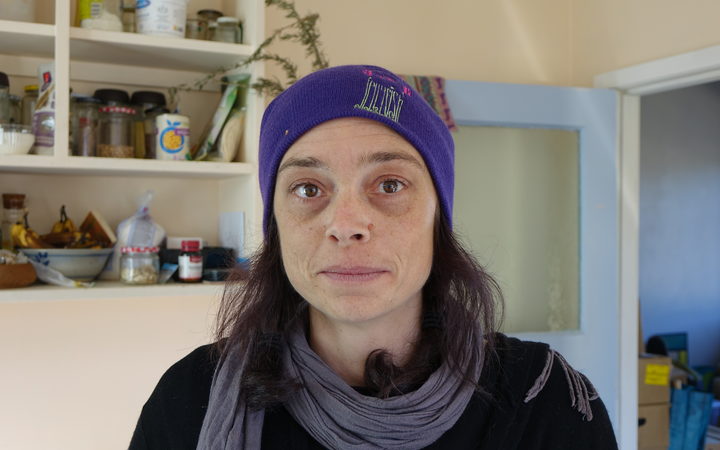 Rose lives a rented home in Dunedin that says is making her and her young son sick. Photo: RNZ / Tess Brunton

Every time heavy rain or snow is predicted, Rose worries whether her kitchen ceiling will hold up.

"The worst part would probably have to be the kitchen ceiling. Yeah, I have made thumb holes and finger holes by just going to touch and my fingers have gone through it and that's the entire ceiling," Rose said.

"This is my biggest worry that it's going to come down," she said.

"When I first moved in I noticed the moisture and I was told it was because the carpets had been done.

"I needed to move in quickly so they've said that because of that they've let me move in when they weren't done. I never asked for that, I was quite adamant I didn't want to move into a house that was wet." 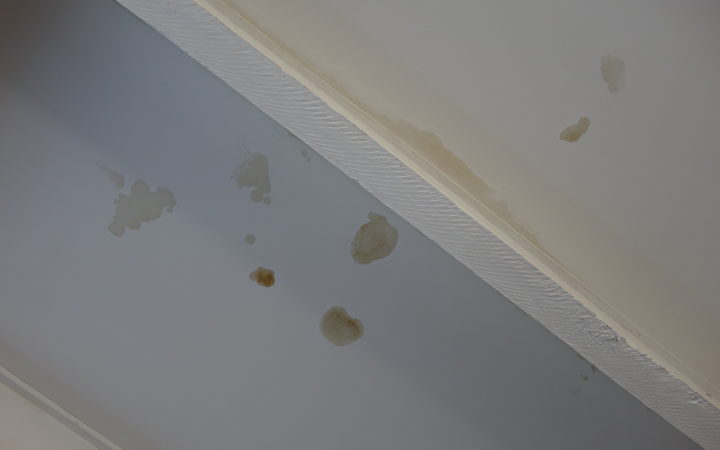 Water spots are seen in the home that Rose is renting in Dunedin. Photo: RNZ / Tess Brunton

Rose said she raised the issues with the realtors Mana Property Management, who told her to contact the prime minister if she was not happy.

RNZ made multiple attempts to contact the property's management, Mana Property Management, on Friday without success.

The management group sent her a letter in August saying they would repair the house, including replacing the roof over the kitchen, sending in mould specialists and requesting builder quotes to fix the window sills and stiff windows.

The letter also stated Rose may not have met her responsibilities as a tenant to report damage or keep the house dry.

However, Rose said she ran a dehumidifier and a heat pump on the dry cycle, and aired out the house most days, but it was not working and it was costly. 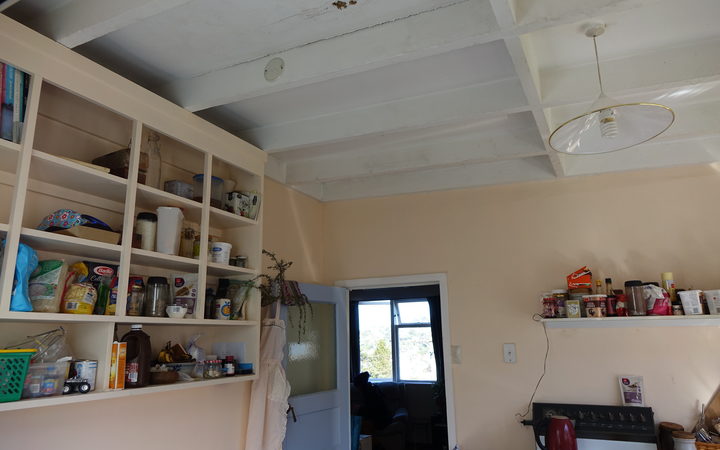 The ceiling of the home Rose is renting. Photo: RNZ / Tess Brunton

She said she was considering taking the management group to the Tenancy Tribunal.

Rose wanted the real estate to take responsibility and admit the house should not have been rented out in its current condition.

"I moved into this house in the good faith that going through a real estate agency you were guaranteed a good house, and instead they've just blamed me for it."

Out of options, and facing moving into her car, Rose has been allowed to move into a two-bedroom unit at the retirement village she works at - as a temporary solution until she can find a new home to rent.

New healthy homes standards, which will set minimum requirements for heating, insulation, ventilation and moisture in residential rental properties will be in place by 1 July next year.