Trainers and punters alike have expressed their shock over an unprecedented inquiry into race-fixing in the harness racing industry. 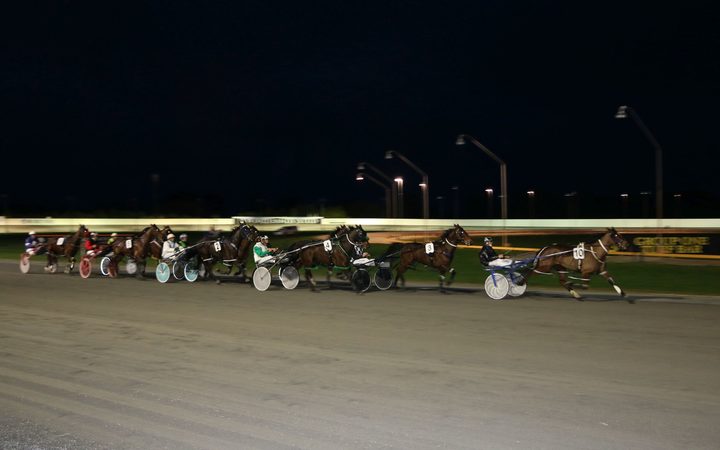 Ten people have been charged with race fixing and the possession and supply of drugs after a 17 month investigation and police aren't ruling out further arrests or raids.

Yesterday the Cambridge Raceway held the first harness racing meeting since the scandal hit the headlines.

Those attending said the news came as a surprise.

Tony Jamieson, a horse trainer from Cambridge, said it was disappointing for everyone in the industry.

"Yeah it was a bit surprising and it is disappointing but I just think that if they want to carry on like that it's probably good moving forward because it cleans those cheating people out."

He said he believed the industry was due for a clean out..

"They need a clean out and honest people can move forward. So I'm not too worried about how they're going to end up... If they want to play with fire they get burnt."

Paul Green, a horse trainer from Morrinsville, said he was also surprised to hear the news.

"I've been in the game for a long time and you never really hear of this sort of thing going on. I just don't understand what has happened really. You wouldn't have a clue as to even explain it."

His daughter Danielle Green, a stable hand, said a few people have let the majority down.

"It makes harness racing look bad for the people that aren't doing anything wrong. You wouldn't expect it."

Willie Fleming, a horse trainer from Hawera said the arrests couldn't have come at a worse time for harness racing.

"We're struggling as it is and then to have this on top of it is about the worst timing of anything really. I mean to try and follow the rules and you get someone that jumps in and buggers it up for everyone else."

He said the scandal had cast a shadow over the sector.

"Reading little bits on Facebook and comments that come through, it's all pretty negative. People are saying they're not going to back horses because they're a bunch of cheats so it's rubbed off in a bigger way than just a few."

But Bruce Mills, a punter from Morrinsville, said he was not put off.

"I'm not a big punter but I just enjoy my side of it. It's just one of my little things that I do. Some people go and buy t shirts and if I can make a dollar off a horse I enjoy myself doing that."