Half of Countdown's 181 supermarkets rid stores of single-use plastic bags this week - but the move has received mixed reactions. 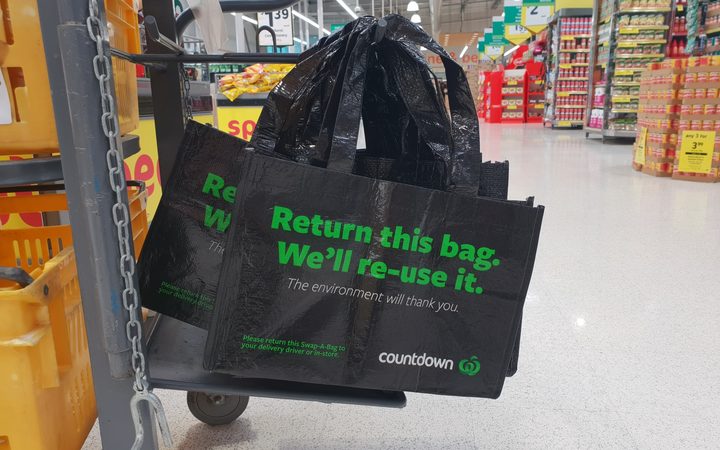 Countdown Manurewa has brought in two options for customers to use as the single-use plastic bag ban comes into force. Photo: RNZ/Katie Scotcher

The supermarket chain announced in October last year they would stop using the bags by the end of this year - and two reusable options would be on offer instead.

But the cost, and the fact both reusable options are made of plastic has raised eyebrows.

Posters with the phrase "goodbye plastic bags, hello cleaner New Zealand" rest on top of every till and trolleys full of reusable bags around Manurewa Countdown.

Most shoppers were pleased about the supermarket's decision.

Stevie Macdonald, a keen reusable bag user, said she put her groceries in the boot or in a washing basket if she ever forgot them.

"I think it's awesome that they've taken [plastic bags] out and are making people more aware and pushing it on them ... saying this is what we're now doing so you help us do it too," she said.

However Jeamimah Jones, from Manurewa, described the changes as "annoying".

"They should put it back to how it was before ... because it is too much buying the reusable ones," she said. 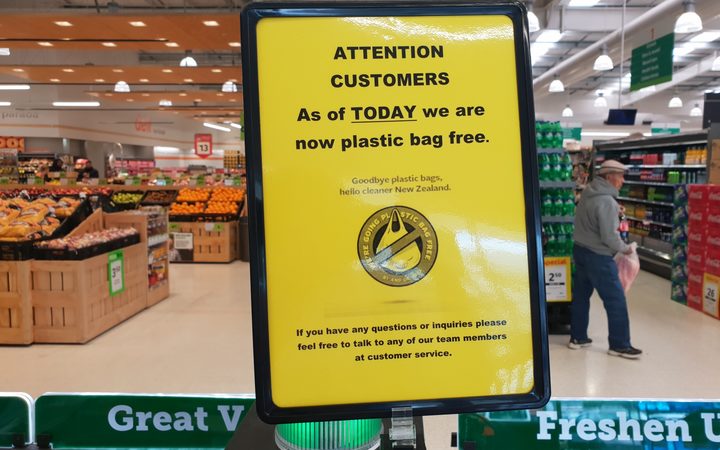 Colleen Tipene, on the other hand, said having to pay for the bags should force people into the habit of buying them once and not forgetting them.

"That gets people into the habit of bringing their bags, having them on them all the time, after they get home, unload their shopping, put their bags back into the car - it took me a while to learn that!"

Engineers for Social Responsibility president Thomas Neitzert said the supermarket should be congratulated for their decision to ban single-use bags. 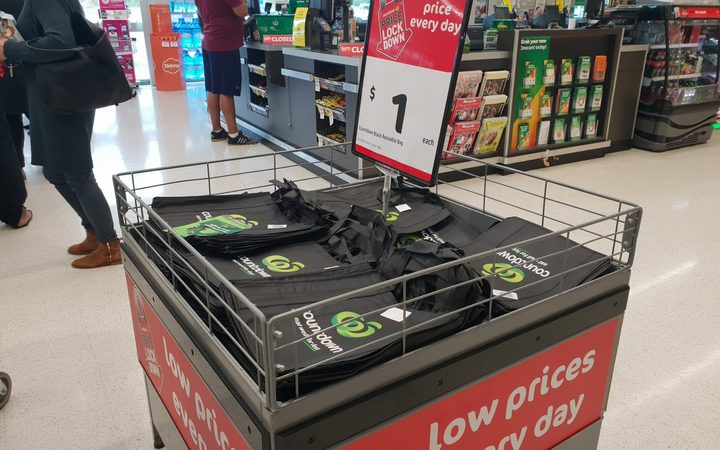 However, he said offering reusable bags made of plastic almost defeated the purpose.

"They could find a different material, like renewable materials, that could be for example, made of wool or cotton, or some other textile, or even hemp fibres. Then that would be better, but it is certainly a start as long as these are not single-use bags," Mr Neitzert said.

Countdown's corporate affairs and sustainability general manager Kiri Hannifin said both bag options could be recycled with other soft plastics and did not pose the same environmental threat as a single-use plastic bag.

"The problem that we are most trying to solve is getting rid of single-use bags and single-use packaging, actually."

He said the aim was to reduce the reliance on single-use and the options they provided ensured that.

All Countdown stores are set to be plastic bag free by the end of the year.