Visitors from around the world are drawn to Wanaka by its namesake lake and views of snowcapped mountains, but that stunning natural beauty comes at a price. 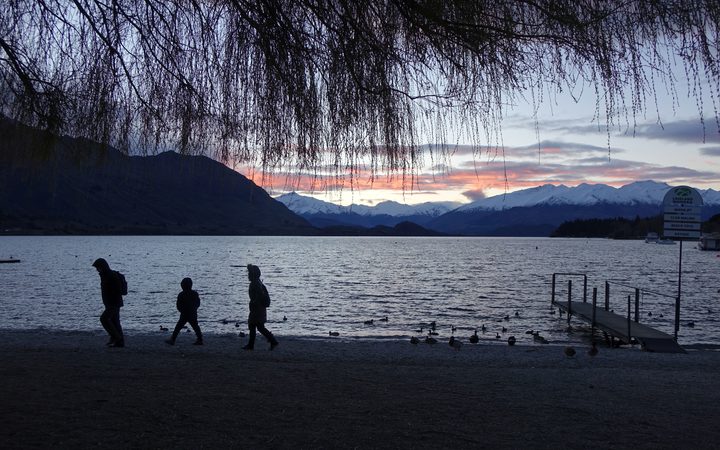 Some residents are speaking out about the increasingly pricey town amid an influx of tourists. Photo: RNZ / Tess Brunton

Some residents say they feel like they need to win Lotto to be able to afford to live in the increasingly pricey town.

Sinead - who did not want her full name to be revealed - and her family moved to Wanaka just before winter last year.

She started work as a cleaner and her partner got a scaffolding job.

But their initial excitement wore off after her partner's accommodation supplement from work ended earlier this year.

Then their son was born and their bills started piling up.

"What we were paying weekly couldn't cover what we were using," Sinead said.

Sinead's partner sometimes worked more than 40 hours a week, but she said it did not seem to make a difference to their finances.

The family-of-five paid $450 a week for a double garage that had been converted into a two-bedroom house, and even buying basic supplies became difficult.

"I was sending my partner to Christchurch to buy things like potatoes, because they were like $15 kilos for a 10kg," Sinead said.

"I don't know whether that's just Wanaka or what it is, but the prices of just fresh fruit and stuff ... you can't sustainably live there and feed your family properly and pay your bills."

Eventually, the family sought support and food parcels from Community Networks Wanaka so they could stay in the area they loved.

However, that was not enough and they had to move back to Christchurch to live with her partner's parents. 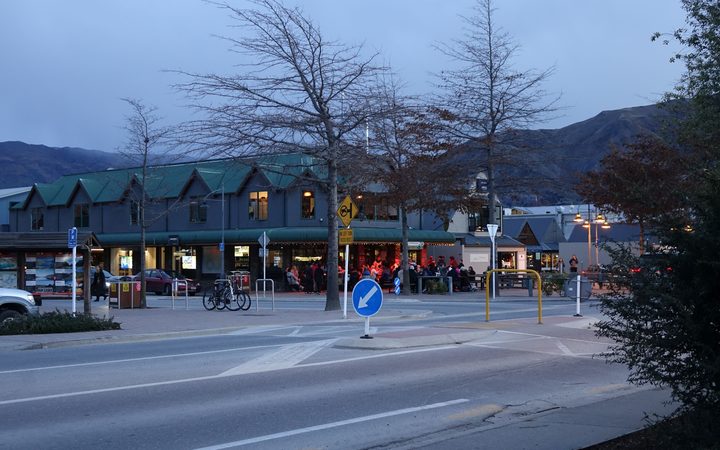 The organisation's team leader, Stewart Hawkins, said some Wanaka residents would never get their heads above water financially.

People were facing large debts with incomes that could barely cover their living costs, he said.

"We used to be one of the few organisations working in that area, but now there's several which is actually helping to cope with that demand," Mr Hawkins said.

Mr Hawkins said the demand looked like set to grow and he was concerned about whether current services could cope.

"The projections for population growth, if they are what they are, then no, it's not going to be enough," Mr Hawkins said.

Support services needed to work collaboratively in the community to cope with increasing demand, he said.

The median Wanaka rent is $550 a week - higher than many central suburbs in Wellington and Christchurch.

Vicki McDermott said the growing population and influx of tourists were exacerbating the situation for Wanaka residents who were less wealthy.

"I think when people look at Wanaka they see a lot of wealth, but there is invisibility about some people who are struggling," she said.

"It's compounded by the fact it's a tourist-based economy so the wages in that industry are inherently quite low," Mr MacLeod said.

He remembered one of his employees who ended up being charged and paying $170 a week for a bed in a six-bed room.

About two years ago, the Queenstown Lakes District Council had a big push to improve housing in Wanaka.

Anyone applying to build a special housing area contributed 10 percent to the Queenstown Lakes Community Housing Trust, which was helping people most in need, he said.

Support organisations are hoping improved social services, including affordable mental health services, will be on the cards when the council comes up with its Wanaka Masterplan.

A draft masterplan is due to be finalised by June next year.