After nearly 30 years a Taranaki woman can finally walk tall, without a manslaughter conviction casting a shadow over her life. 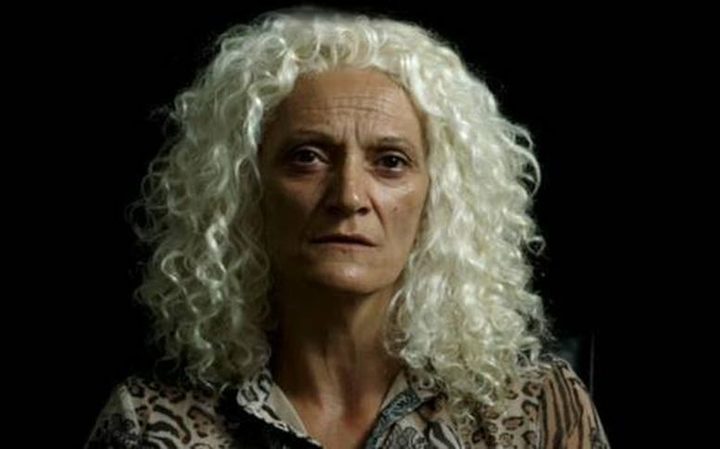 Terri Friesen appeared in an episode of TVNZ's 'I am Innocent' series to talk about her story. Photo: Screenshot / TVNZ

Terri Friesen's daughter, Chantelle Broughton was seven weeks old when she died in 1989 after suffering a severe brain injury and cracked ribs from being severely shaken.

She pleaded guilty to manslaughter and was sentenced to six months of supervision, but 13 years later her ex-partner - and Chantelle's father - Brownie Broughton confessed he had been responsible for the baby's death.

He was jailed for three years but Ms Friesen's conviction remained on the books.

Today her lawyer Philip Hamlin sought permission from the Court for his client's case to be heard, despite the fact that the time for an appeal had long run out.

Terri Friesen, Ngātiwai, is finally cleared of killing her baby, Chantele, almost 30 years later. She especially wants to thank Kelly Phillips, the law student who saw an injustice and acted, and her lawyers Lucy Johnson and Phil Hamlin. pic.twitter.com/LWgAXpvusM

He said the evidence suggested both Ms Friesen and Brownie Broughton had been present at the time Chantelle died, though both initially denied any involvement in their baby's death.

"Ms Friesen later made admissions to the police which led to charges. [She] defended those on the basis of infanticide and was convicted."

Crown lawyer Charlotte Brooks said there was no objection to the late appeal being heard.

"It was accepted Broughton had been sentenced on the basis that he was the principal offender but had let Ms Friesen take the fall," she said.

"The Crown acknowledges his conviction constitutes fresh evidence that could have led to a different verdict in Ms Friesen's case."

Justice Brown quashed Ms Friesen's conviction and ordered there would be no retrial.

Kelly Phillips, a Canterbury University law student who has been supporting Ms Friesen, said it was amazing to be sitting next to her this afternoon when Justice Brown quashed the conviction.

"To hear those words 'the conviction is quashed' was incredible and I know she was overwhelmed and hopefully this is the last this awful, horrible memory will be thrown up in her face in the pursuit of justice," Ms Phillips said.

"Now her name has been cleared she can get on with her life and look after her children and be happier."

Ms Phillips contacted Ms Friesen after watching a television documentary about her case.

"We got in touch through the phone and had a conversation for about an hour and a half and it was like talking to an old friend," she said

"I said, 'I'm not a lawyer yet, I'm a law student at the Canterbury University, but I'm going to try my best to help you and do whatever I can, even if I have to ring every solicitor or barrister in New Zealand'.

"'If I can't get someone to help then wait a few years until i'm a barrister and I'll take it on myself'."

Ms Phillips said she then asked the private investigator and former policeman Tim McKinnel for help.

Mr McKinnel had previously been involved in the Teina Pora case and said this latest case once again revealed flaws in the criminal justice system.

"This is another false confession case. Teina's is one we know about and there are others also floating about. It's a concern these cases take so long to be dealt with and addressed," he said.

"Terri's had to wait almost 30 years to be dealt with and that's not good enough."

The case also raised questions about whether someone should have taken another look at Ms Friesen's situation after her ex-partner pleaded guilty, Mr McKinnel said.

"Terri wasn't party to those proceedings. She vaguely knew what was going on, but the responsibility needs to rest with the system and somebody in the criminal justice system should have done something about Terri's convictions a long time before now."

Ms Phillips said having the conviction quashed meant Ms Friesen's could do things she has only dreamed of doing until now.

"To go out and apply for a job if she wants to without having to have a conviction for manslaughter come up and have to explain that and be ashamed of something," she said.

"I think she's going to be at peace right now."

Ms Phillips said it was great to see that despite what she lived through, she has managed to raise a beautiful family.

In July, Justice Minister Andrew Little said a Criminal Cases Review Commission to deal with cases like Ms Friesen's could be up and running by the middle of next year.