The man who died after an explosion in Henderson on Monday has been identified. 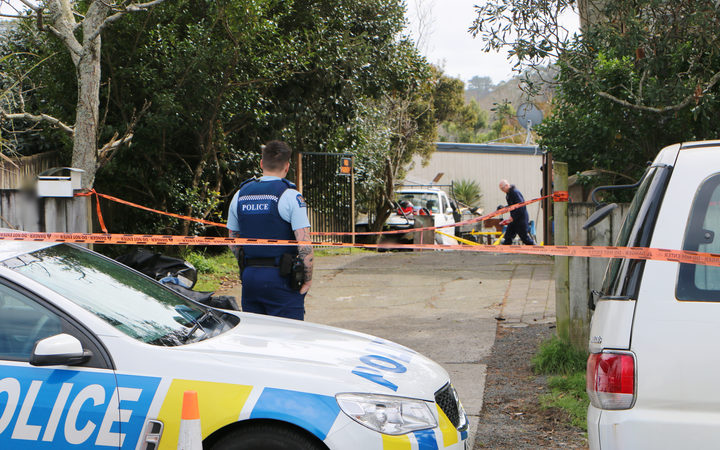 Police later confirmed that a body had been found at the property where the explosion happened. Photo: RNZ / Katie Scotcher

He was 39-year-old Howard Clinton Miller of Swanson.

Police said the investigation was ongoing and the incident would be referred to the Coroner.

However, initial indications were that Mr Miller had gone to a friend's house to help weld an exhaust onto a car, police said.

Another resident at the property confirmed the man killed in the explosion loved to work on cars in the space.

Police said speculation on social media of the explosion being a clan lab was wrong.

The blast in Henderson rocked nearby houses and left big pieces of debris hanging in a nearby tree.

RNZ understands he did not live at the house but worked on cars in the shed.

The resident described Mr Miller as a car enthusiast.

Cita Shanks, who lives at a neighbouring property, said the sound of the explosion was unlike anything she heard before.

"Like a massive, massive firework, you know when you go to the displays? It would probably be like that, but times ten maybe."