A gunman is still on the run in central Wellington following a robbery at a pharmacy, near the train station. 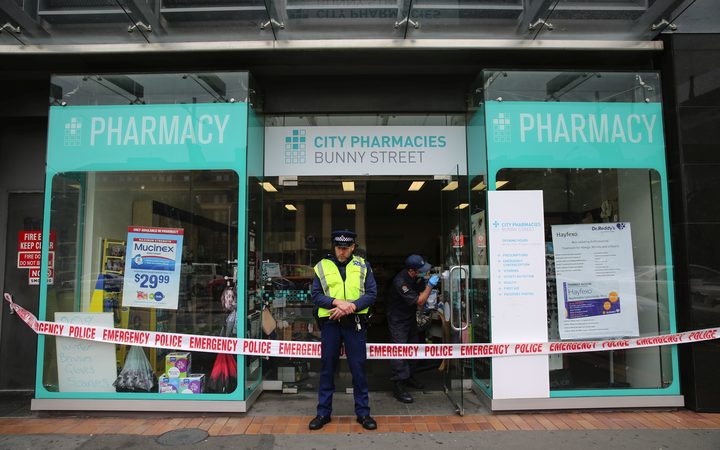 Police at the scene of a pharmacy robbery in central Wellington Photo: RNZ / Richard Tindiller

The man, who is being described as wearing a dark green jacket with a hood, black pants and grey shoes, stole medication and cash.

He then ran off towards Featherston Street, carrying two yellow shopping bags.

The four people in the pharmacy at the time were not injured.

The footpath is cordoned off and a scene examination is underway.