A Syrian refugee in Nauru has few words for Winston Peters, other than "please help save us." 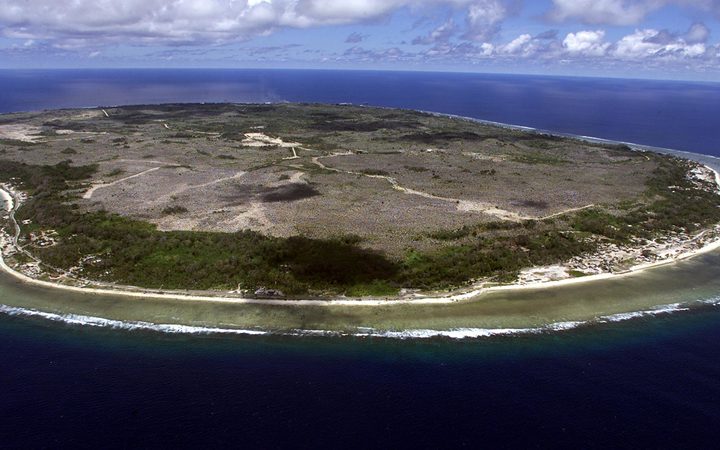 The foreign minister is New Zealand's representative in Nauru for the Pacific Islands Forum, and has a meeting with the Australian Foreign Minister Marise Payne this morning.

"[I want] to get out of here as soon as possible. So I can reorganise my life. If not for me then it's for my family - I want to have a better life, he said.

"We want to study, work. We don't just want to sit, put one leg over another and watch our lives going by without meaning."

Ahmed didn't want to use his last name in fear of repercussion from the Nauru or Australian governments.

Ahmed has been on the island now for five years.

He has four brothers - one of whom is sick - and the family can't find the right help to get him better.

On Nauru, he said, he has been sitting and hoping for something better.

Ahmed now hopes there may be an opportunity to come to New Zealand.

"If Australia's unwilling to take any of us, we would love to go to New Zealand.

"New Zealand is a beautiful country, so are its people."

Mr Peters has been cautious in his words. He said he doesn't want the forum hijacked by the refugee issue, but also said he will potentially meet with some refugees while on the island.

He meets with Ms Payne this morning, and said she and the new Australian prime minister are well aware of New Zealand's offer to take 150 refugees - which has been in place since 2013.

"They know that it's on the table. Scott Morrison was the Treasurer of Australia a long time before he became prime minister, so he'd know that," Mr Peters said.

"Pressue is mounting for them to do something before a child dies.

"Australia can't escape this," she said.

The Nauru government doubled down on its comments yesterday that nobody is being detained or treated abhorrently on the island, despite reports from refugees and advocates that tents have been torn down in the main family camp ahead of the forum.

Ahmed lives near the RPC3 camp and said he watched clearly as the tents were torn down.

"This last week tents were removed. I'm not sure what they are going to put there instead. But now the camp looks empty, it's dark at night, no security guards - and it just happened out of the blue, within a couple of weeks."

However President Baron Waqa said that's not the case, and all people live in the Nauru community harmoniously.

He said New Zealand's offer is not one for him to weigh in on.

That's between Australia and New Zealand, we have no involvement in that - except that we provide support for the Australian government.

He said he hopes she can be the one to make a difference for them, and also hopes he can meet her when she flies in tomorrow.