Winter Pride may seem a bit of an odd name for a festival starting on the first day of spring. 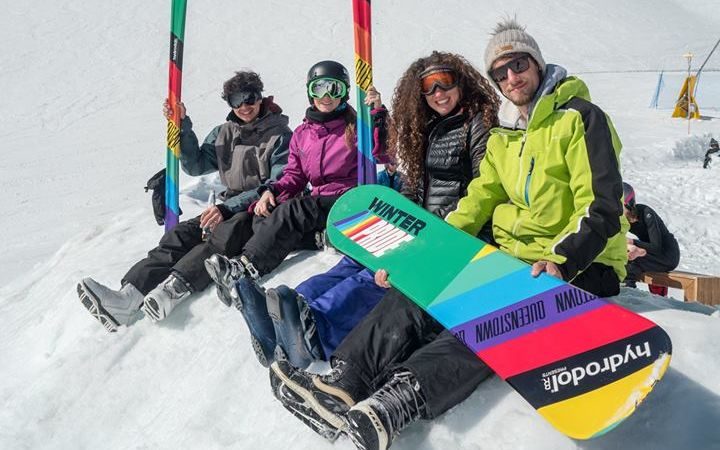 But on a frosty morning in Queenstown with rainbow flags fluttering in the breeze, it captures the spirit of the festival.

"For now, we're sticking with winter, but who knows where pride in Queenstown could evolve to?"

And as an unprecedented number of visitors - and rainbow flags - descend on Queenstown, it's not hard to see how it is one of the biggest winter pride events in the world.

Mr King and Mike Hughes took over the festival formerly known as Queenstown's Gay Ski Week, rebranded and relaunched it on 1 September.

The name change was critical to opening up the event to a broader range of visitors from around the world, Mr King said.

"By calling it pride, it was probably more meaningful to the global tourism market as much as the local."

It appears to have worked with thousands of revellers arriving, some coming from as far afield as Sweden, India, New York and Korea to celebrate.

However, Winter Pride was more than a celebration, it was an opportunity to feel safe to be themselves, he said.

"We've got a lot of work still to do to improve safety, visibility and tolerance, that's why this pride event is so important.

"This could be the one week of the year that maybe some couples come together and they go back home and they can't be out."

It's the first festival since same sex marriage became legal in Australia.

"We're excited to welcome our cousins from over the ditch in bigger numbers than ever before," Mr King said.

Mr King and Mr Hughes have committed to organising Winter Pride 2019 - they are even considering extending the festival by a couple of days.

The festival injected an estimated $8 million into the economy last year - but Mr King said it should be well into double digits now.

"Our vision for the next three years is that we'll bring that figure potentially up to $20m injection into the local regional economy," he said.

With more events on the cards and plenty of people eager to celebrate, the festival is becoming the pride of Queenstown.

Winter Pride runs until the 9th of September.