The Auckland Tramping Club says the gifting of its Mt Ruapehu ski lodge to a school group today is bittersweet. 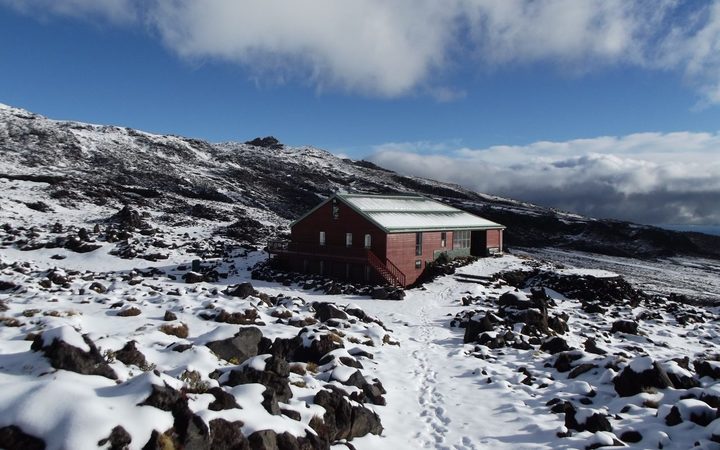 The club has operated the SnowSport lodge on Whakapapa since 1948, when it was first built in honour of members who gave their lives in World War II.

President Tony Walton said soaring costs, as well as dwindling users, had forced the club to spend the last 18 months searching for a new owner.

He said they are now giving it away for free.

"It's an amazing place, the trouble though is... the number of people who want to go skiing or tramping has gone down over the last 10 to 20 years and what's been happening at the same time is the costs of running the lodge have gone up and up and up," he said.

"Insurance costs have gone up, especially as it's in a volcanic zone. The total cost of running the lodge is high, about $45,000 a year."

He said the club relied on outside groups like school groups and the Defence Force - who have used the lodge for their survival training - to keep it running.

"It's not a simple buy-sell situation as it can't be run as a business, it can't be run commercially. The terms of lease say it needs to be a similar group or an educational group."

"Towards the end of last year we made contact with a few school principals from the central North Island who were keen to have a base where they could run a lot of outdoor programmes."

Five central North Island schools from the Taupo-Turangi area have formed a trust and they are now taking over the lodge from today.

He said while it would be sad to sad good-bye, the club would get a new lease of life.

"What has made it not such a lost situation is, the combined school roll is over 3000 students and what we can see instantly, with the enthusiasm from the schools, that they are really keen to get out there and get some outdoor experiences they wouldn't otherwise achieve."

"It's probably going to be busier than it's ever been, so it's a really exciting change-over for the lodge."

Ski lodges are built on Department Of Conservation land and are managed by ski clubs under a 20-year licence.

Licence's are only able to be transferred if the exact terms are taken over.

The terms state a lodge can only be taken over by a club for the purposes of skiing and if it is used by bona-fide club members, church groups or school groups.

If a club want to exit their licence and can not find a suitable group to take over, the alternative is to remove the lodge and restore the site to a pre-lodge condition.

Another 10 bedroom ski lodge, owned by the Downhill Ski CLub, is also trying to give their hut away on Trade Me for free.

Mount Ruapehu has 52 lodges on the Whakapapa ski area.