A Wellington family has taken a novel approach to getting on the property ladder by placing an ad in a newspaper seeking private sellers. 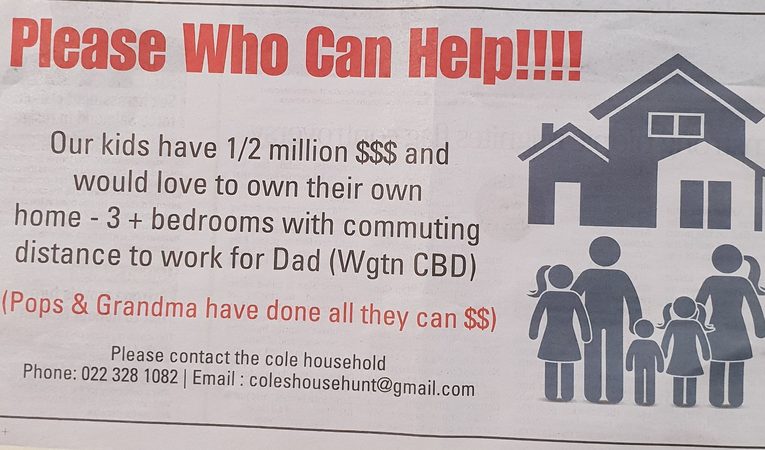 A Wellington family have decided to get creative in their desire to purchase a family home. Photo: Image

Rochelle Cole and her husband John have been looking for a three-bedroom house in the Wellington region for the past nine months, but have so far come up short.

In an attempt to bypass the chaos of open homes and dealing with an estate agent, the family have placed an advertisement in the Dominion Post seeking private sellers.

They are willing to spend up to $530,000 on a house with three or more bedrooms.

They are flexible on location as long as it is near a public transport in to Wellington. They are willing to move as far out as Porirua and the Hutt Valley.

They think that is not too much to ask, but their property hunt has been a nightmare.

"It's crazy. Especially if you're going to a home that has the three bedrooms, reasonably tidy and a decent family size," Mrs Cole said.

"We went to one in Tawa, and it's jam packed. Even in the open home itself, you're dodging people. There's just so many people out there."

They put an offer on a place in Tawa, but were probably never in with a chance of securing the property, Mrs Cole said.

"[The government valuation] was around the $365,000 mark. Three bedrooms, a sleep-out and one bathroom.

"When you say it out loud, it's like, this is crazy. It's just so hard. We're looking at these houses and we just know we have no chance." 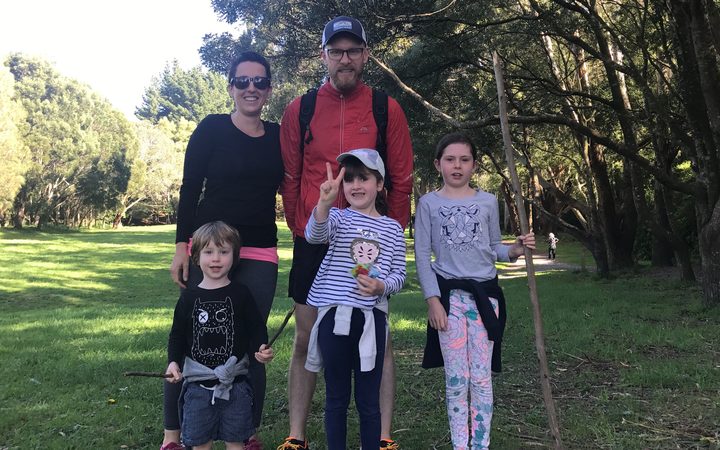 Rochelle Cole with her husband John and their children. Photo: RNZ / Ben Strang

The struggle led to the Coles printing flyers and delivering them in Tawa, where they are currently renting. Then Mrs Cole's mother came up the novel idea of an ad.

"My mum was the genius behind the newspaper ad. She ran it by us and I thought, well, at this point we're open to anything," Mrs Cole said.

"We thought we'll put this ad out there. Maybe there is someone who wants to sell their family home, maybe they're looking to downsize and don't want to go through an agent.

"Maybe they want a quick easy sale, no drama, and so that would be the private sale way to go."

House prices in the Wellington region are still rising, despite prices stagnating nationwide.

Between June and July, the average house price in the Wellington region increased by more than $12,000, or two percent, to more than $650,000. Across the country the prices dropped by 0.3 percent.