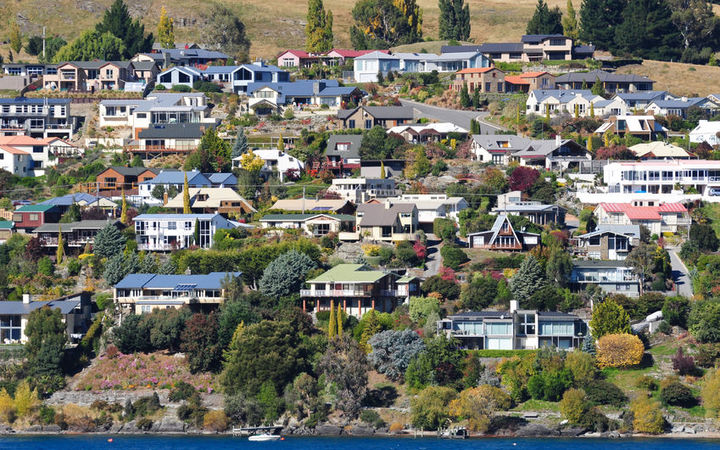 He also announced the HomeStart and Welcome Home Loan house price caps will be increased to help first home-buyers get into the property market.

The announcements are aimed to help address housing supply and affordability issues that have been plaguing the district.

By assisting the council, Mr Twyford said the development of about 1100 houses around Ladies Mile may be sped up by six years.

The first houses are expected in 2020.

Ladies Mile was one of three new developments that would boost the council's ability to address housing supply and affordability issues, Mr Twyford said.

The investment is earmarked from the Housing Infrastructure Fund - $52m from the fund was announced for more than 1000 homes in Kingston and Quail Rise South last month.

The fund is the start of an investment by the council, Otago Regional Council and NZTA to manage growing pressures on State Highway 6.

"All up, $76 million in 10-year interest-free loans from the government's HIF programme will be pumped into Queenstown to increase the supply of housing," Mr Twyford said.

"Over the coming decade this investment in infrastructure through HIF funding will bring forward the construction of around 3000 homes.

"The investment is well justified with medium rents over $600 per week and house values rising seven percent over the last year."

The fund is expected to enable more than 28,000 new dwellings to be built in the next 10 years around the country with at least 56,000 into the future.

The changes to HomeStart and Welcome Home Loan house price caps are expected to assist first-home buyers to live in the area.

The previous limits meant it was virtually impossible for first-home buyers to access the grants, Mr Twyford said.

"These changes are the result of a request from National's local Clutha-Southland MP Hamish Walker, who wrote to me highlighting the discrepancy between Auckland and Queenstown's HomeStart price caps."

Mr Walker welcomed the decision, saying it would ease the pressure on the majority of people who live and work in the region.

"I'd like to thank the minister for acknowledging the situation first-home buyers are facing in the Queenstown-Lakes district and raising the price cap is only the first step," he said.

The grant changes will come into effect on 17 September.