Wellington has been treated to Southern Right Whale and its calf in the harbour - but a marine mammal charity says the pair aren't likely to stick around. 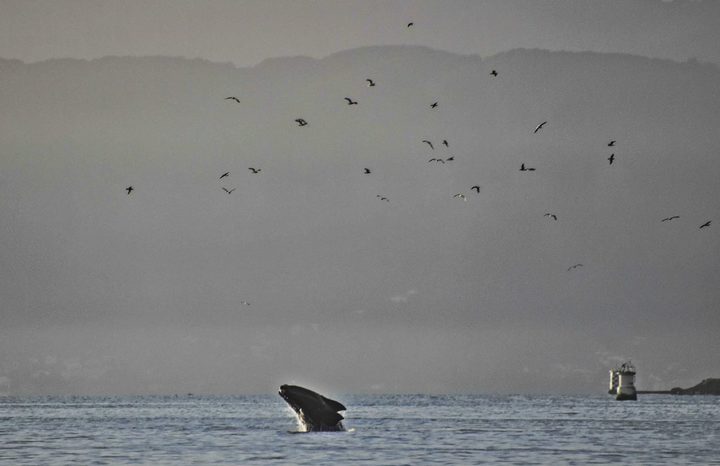 Wow! What a fantastic photo of a southern right whale and calf, seen in Wellington harbour Tuesday afternoon!

Let's give them plenty of space (200 metres) to socialise and bond - such special visitors to have calling in to our capital city.

There has been some speculation on social media that this could be the same whale.

Did the whale. Visit Wellington. And like it SO much. It decided to come back here.

AND RAISE ITS BABY

I need to know - is Matariki back in Wellington with her calf - or is it a hoax! https://t.co/SlnKkcJ6IN

However, whale expert Nadine Bott confirmed that the white growths on the top of this whale's head are different to the previous visitor.

"Southern right whales have been seen in the past off the coast of New Zealand, usually they're seen slowly moving along the coast and it's quite rare for them to spend more than a day or so in one single spot."

"The behaviour we saw from Matariki in Wellington harbour a couple of months ago was quite unusual," Mr Grover said.

Ms Bott said historically, it wasn't unusual for whales to bring their calves into the harbour but it has become less common in modern times.

However, there appears to be an increasing number of whales coming into the harbour, she said.

The whales tend to spend the summer months further offshore feeding before coming in to the inshore waters where they fast and have their young, Ms Bott said.

People need to stay at least 200m away and drones must stay 150m away so the mother doesn't get upset and to protect the calf.