Mouldy tents which have housed refugees on Nauru for years are being pulled down ahead of the Pacific Islands Forum next week. 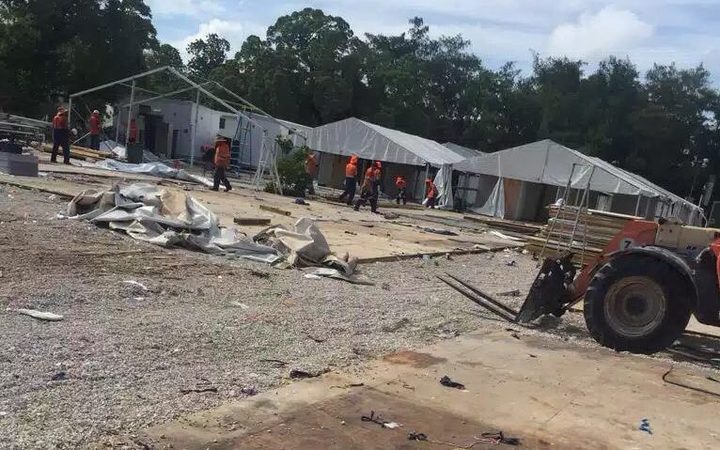 RPC3 camp is being pulled down. Photo: Supplied

Refugee advocates said it was a cynical move intended to 'pretty up' the place before dignitaries arrived.

RPC3 is the part of the regional detention centre which has most recently operated as the family area - also housing single women.

The tents have been up since 2013, and are riddled with mould.

Refugee advocate Ian Rintoul said the tents were being pulled down as Nauru did not want visiting leaders to see the conditions they were keeping the refugees in.

He said it was also because many of the very sick children were kept in RPC3 as well.

"The Nauruan Government and the Australian Border Force are desperate to try and present a better image of Nauru to the Pacific Islands Forum which starts on the first of September so there was very little notice given to people to move out, so it's quite clear there's been a very hurried decision to do it.

"There's been no notice at all of the demolitions, the tents are being demolished almost as people are moving out of RPC3 camp."

Refugees on Nauru spoken to by RNZ said that was correct and while many of them had campaigned for some time to get out of the mouldy tents, they were annoyed that it was only happening as part of an attempt to tidy the place up before leaders arrive.

Ian Rintoul said there were also security zones being set up to try to keep refugees away from media and dignitaries who were attending the forum.

"I suspect they will use the security argument to ensure that any dignitaries or media leaving those secure zones will be escorted in one way or another but they certainly will prevent asylum seekers or refugees approaching those areas." 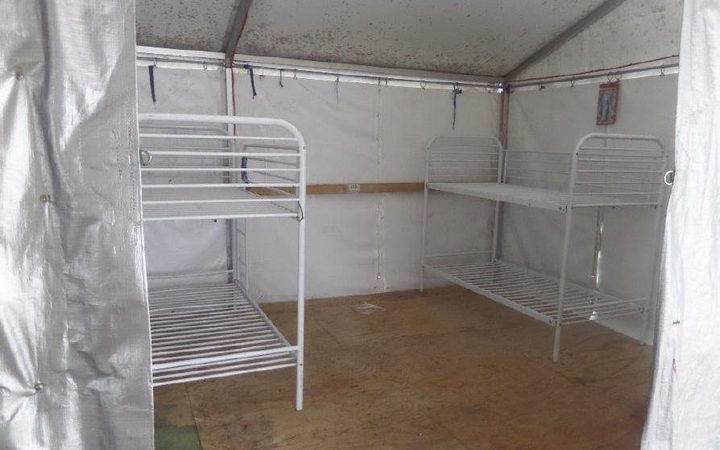 Mouldy tents which have housed refugees on Nauru for years are being pulled down. Photo: Supplied

Green Party MP Golriz Ghahraman said it was heartbreaking what was happening to the refugees.

"In a way it highlights the importance of keeping attention on what's going on and the abuses that happen there because apparently they are susceptible to reacting when they feel like the world's eyes might be on the situation."

The executive director of World Vision, Grant Bayldon, said it had been five years since the processing centre was set up and it was in an appalling state.

"It has mouldering tents, stagnant air, it's in the middle of an old mine, it's clearly not fit for human habitation so while it's a good thing that it's finally being closed, you've got to say that it's cynical happening right on the eve of the Pacific Islands Forum."

Mr Bayldon said anyone visiting Nauru for the forum should most definitely try to get out and see the human face of what was happening there.

"The only real way to do that is to connect, to meet real people, to hear their stories and anyone who does that will see immediately the anguish of people who are there, the suffering that is going on so needlessly right now.

Mr Bayldon said his real fear was what might happen to the refugees after the forum was over.

The Nauru government did not respond to a request for comment and Prime Minister Jacinda Ardern, who is attending the forum, also declined a request for an interview.