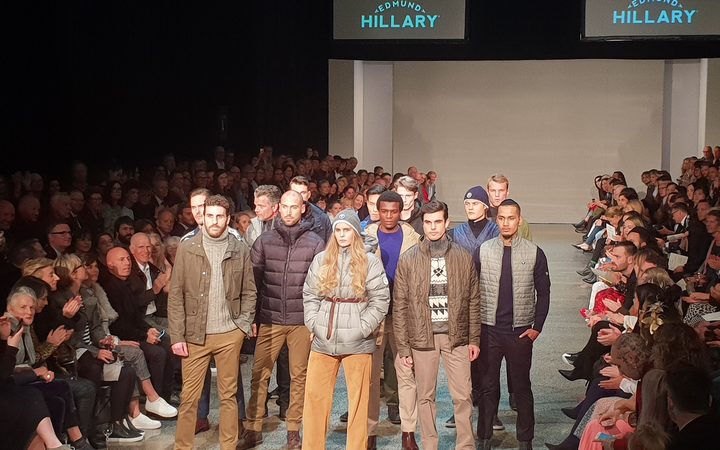 Alexander, George and Lily Hillary debuted a collection at New Zealand Fashion Week in a homage to their grandfather's rugged dress sense.

But his son Peter said Sir Ed knew how to look sharp.

"He was quite a sartorial guy, he used to dress up and head out on the town to special events or dinners. But of course he is known as that rough-tough guy up on the mountain, that's for sure. But dad was pretty versatile."

Peter Hillary co-founded the Edmund Hillary brand, which he said was a fitting way to continue his father's legacy, 10 years after his death.

It is inspired by the clothing worn by Sir Edmund on his 1953 expedition to Mt Everest, when he and Tenzing Norgay became the first people to reach the summit of the world's tallest mountain.

The usual fashion parade decorum broke down when Alexander, George and Lily Hillary appeared, with the crowd whooping and cheering encouragement. 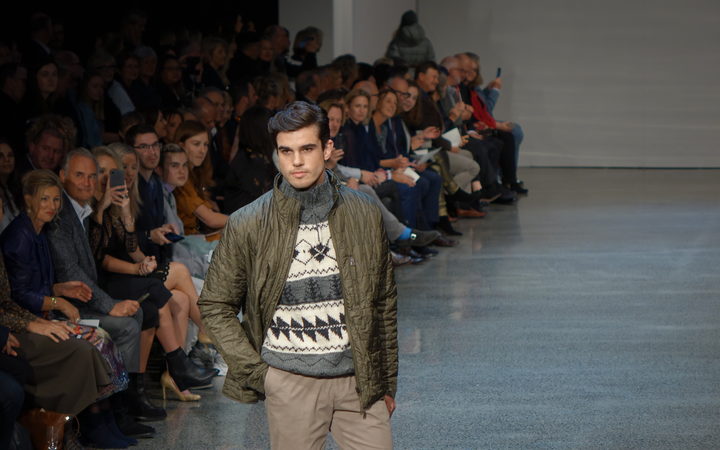 "It's really looking at the gear he was wearing and the team were wearing in 1953 and it's just such a thrill to have my two sons and my daughter modelling this, and I kind of think that if my father was here he would have been cheering with all of us," Peter Hillary said.

George Hillary, himself a budding mountaineer, said modelling was as nerve-racking as scaling a mountain.

But the three young Hillaries were sure-footed on the catwalk.

"I think we mostly did very well. Apparently we had a bit too much of a pause at the end and the director was backstage going, 'Please turn around'. Otherwise it went well."

And he said his grandfather would have been thrilled. 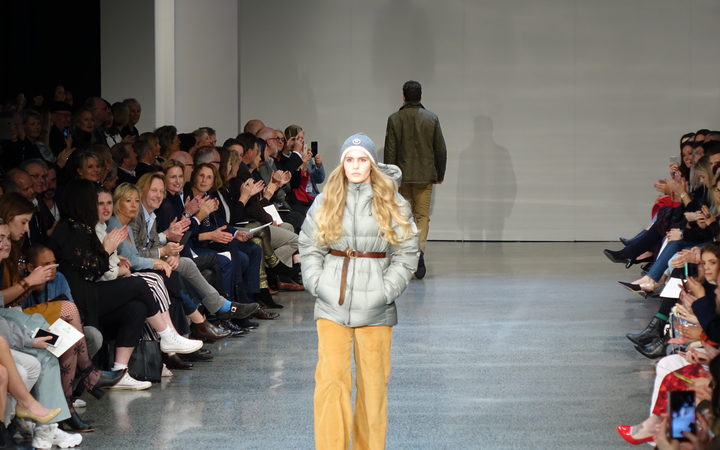 "It's still a very special legacy to be a part of. And the key thing is that he just loved when people got out there and tried new things."

The Edmund Hillary brand is already available online and in stores in the United Kingdom and discussions are under way to sell it here.

Many of the garments use fabrics and assembly techniques used in the 1953 expedition.

Some of the funds will be given to foundations connected to Sir Edmund in the Himalayas, and also to outdoor education programmes.

Alexander said his grandfather continues to loom large in all of their lives.

"I think it's that spirit of adventure that he's really left with all of us, which is really fantastic."

The collection also includes a down-filled jacket inspired by the one Tenzing Norgay was pictured wearing on the summit of Everest.