Movie review - Jon M. Chu's Crazy Rich Asians is the first Asian-led blockbuster since 1993's The Joy Luck Club, and has proven that representation is a selling point, not a risk. 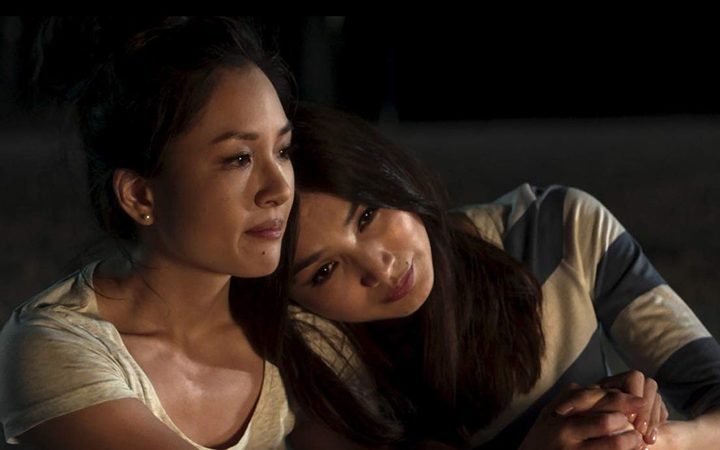 I initially sighed at the prospect of a glossy trope-driven account of a second-generation immigrant experience and its blanket use of 'Asian', as if Asia doesn't span 48 countries and over 2000 languages.

I got what I expected: vapid, skinny, pale Asian women obsessed with social currency and marriage. But, instead of rolling my eyes, I was bawling them out.

I wished I had been one of the Asian teenage girls sitting excitedly in the theatre, and wondered how it would've affected my formative years. Would I have cried because kids asked me if my family ate dog? Would I have cared about having small eyes?

The movie opens with Rachel Chu (Constance Wu) impressing her NYU Economics students with game theory. While 'nerdy Asian girl' is a stereotype, Rachel is a multi-dimensional character full of heart, ambition, and a little naivete. Refreshingly, she's also the Chinese Cinderella in a tale that doesn't involve foot binding.

Nick Young (Henry Golding) is Rachel's doting boyfriend who invites her to Singapore for his best friend's wedding, and to meet his family. The Asian version of Gossip Girl is watching, and sends a picture to social circles obsessed with the heir to the Young family fortune. Somehow, Rachel has no idea she's dating Asian property royalty.

Rachel is quite socially oblivious, illustrated as she shops for a 'meet the parents' outfit. Her mother picks out a red dress - a lucky colour - and gently broaches the judgement Rachel should prepare for, like being the daughter of a middle-class single mother and a second-generation immigrant who isn't Asian enough. 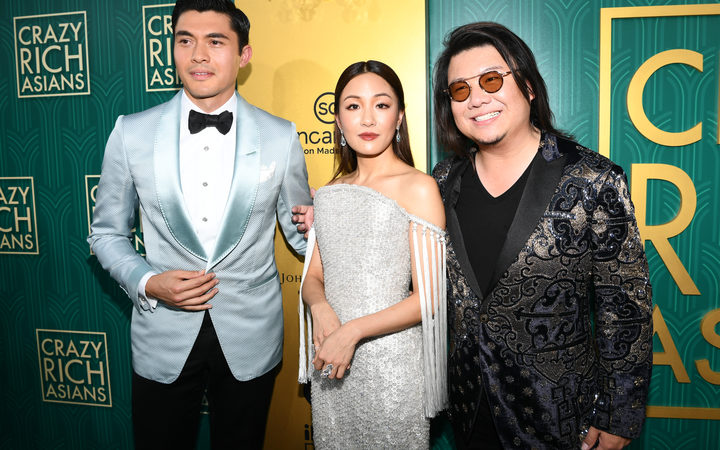 I was further confronted as the characters switched between Mandarin and English, knowing that while I grew up with Mandarin, I never spoke it for fear of being othered by Pākehā. I was jealous of the actors, and surprised and ashamed of my limited understanding.

While Rachel thought her Mandarin was enough, her first culture shock was the gilded mansion of college friend Peik Lin Goh. Peik Lin is a problematic minstrel-like appropriation of Black American culture, mannerisms, and AAVE (African American Vernacular English). Awkwafina plays the sassy sidekick and ironically highlights that marginalised groups should tell their own stories, as representation cannot be at others' expense - dissected well in Muqing M. Zhang's op-ed.

While some things were thoughtless, others were thoughtful. As Rachel grappled with her identity struggles, Music Supervisor Gabe Hilfer guided the narrative with a culturally significant and poignant soundtrack by reworking songs like Coldplay's Yellow with Chinese lyrics and Asian performers, creating a spectrum of emotion.

Subtleties like the very Chinese "ai ya!" and "lah!" expressions show that the film had Western-Asian crew producing for their peers, and exemplifies tokenism vs. diversity: the checking of boxes vs. giving the marginalised resources and reign to represent themselves.

Crazy Rich Asians absolutely has room to improve (where were the chubby, dark-skin, or disabled Asians?) but has shown Hollywood we have unique stories that will break the box office.

The movie surprised, disappointed, and delighted me, while leaving me incredibly proud of myself and my ancestry. Considering a sequel has already been confirmed, that sentiment is seemingly shared by others too.

* Anny Ma is a freelance writer and communications specialist who lives in Tāmaki Makaurau. She recently read 'Looptail' by Bruce Poon Tip and won't stop recommending it to people.