Pay talks for primary school principals and secondary school teachers are set to continue this week, with primary teachers' talks expected to resume next week. 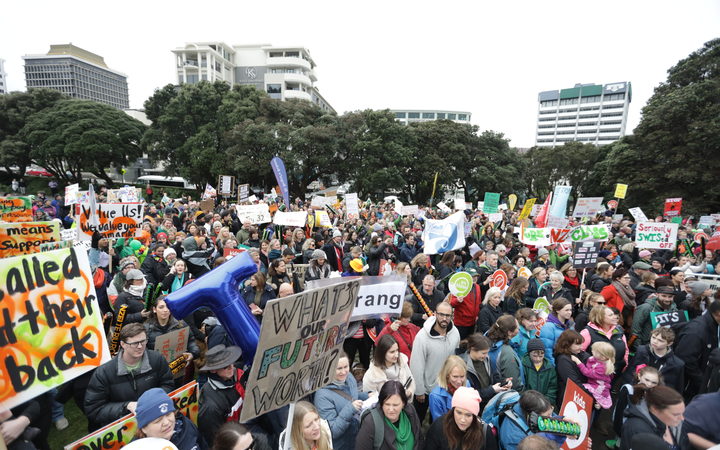 Union members had earlier rejected the government's offer of a 14 percent pay increase over three years for new teachers and a 6 percent one for experienced teachers.

A lack of progress in negotiations resulted in a national strike by primary teachers earlier this month.

New Zealand Educational Institute president Lynda Stuart said the union so far had held 24 days of talks with the Education Ministry over the primary principals' and primary teachers' collective agreements.

Talks last week had not resulted in an offer the union could take to its members, Ms Stuart said.

Negotiations for the principals' agreement were scheduled to continue this week, with the teachers' negotiations set to continue next week, she said.

The Post Primary Teachers' Association said it had held four days of negotiations with the ministry over the secondary teachers' collective agreement.

The union said a further two days of talks were scheduled this week.

After the 15 August strike, Education Minister Chris Hipkins said teachers' demand for a 16 percent pay rise over two years outstripped what others in the workforce received.

Mr Hipkins also stated then that the government was working hard to address other concerns raised, such as teachers' workload and support for children with special needs.