Rose Matafeo says winning the award for best show at the Edinburgh Fringe has been a 'crazy whirlwind'.

Ms Matafeo's show Horndog delves into her dating life and social awkwardness, starting with a game of ping-pong with the crowd, and ending with her own version of a K-Pop dance number.

The show is described as "blissfully funny" by The Guardian's critic, Brian Logan, and the director of the Edinburgh awards, Nica Burns, said it is "an utterly original show, a totally hilarious spoof". 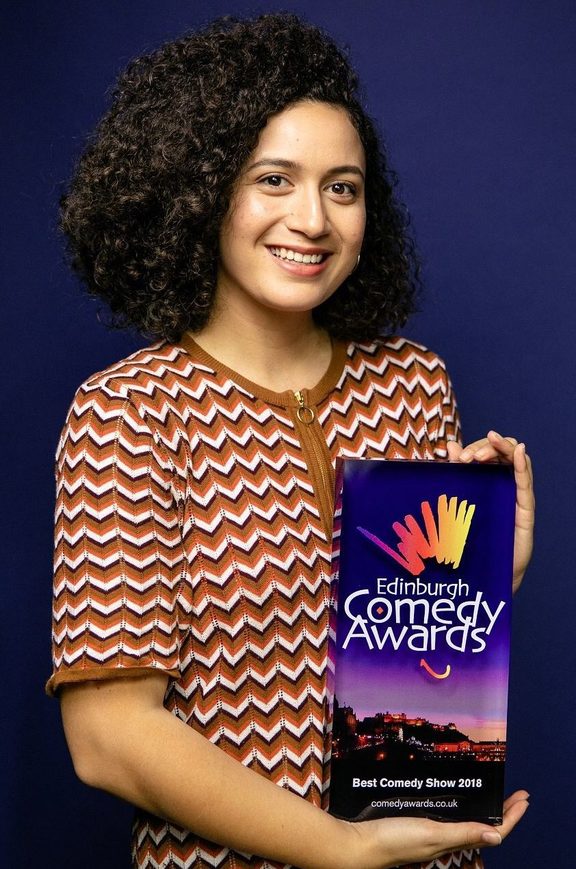 Rose Matafeo with her award for the best comedy show at the Edinburgh Fringe Festival. Photo: Twitter / Rose Matafeo

"It's been a very weird, crazy whirlwind. It hasn't really sunk in," Ms Matafeo said.

"It's very overwhelming. It's a really surreal thing, especially because to get nominated was completely astonishing. I couldn't believe the show got nominated.

"It was an out of body experience when they called my name because all of the shows this year that got nominated were absolutely amazing.

"I really genuinely had no clue whatsoever it would be me and that's why I panicked and didn't write a speech and accidentally thanked the entirety of New Zealand in my speech, which was embarrassing."

During her hour-long show, Matafeo comes across as nervous and awkward, speaking at a fast and hectic rate.

It means she needs twice the material of some comedians.

She said winning the award was comparable to winning gold at the Olympics, and she hopes New Zealanders appreciate that.

"To see who has won this award in the past, it feels like this incredibly prestigious thing to be part of now in history.

"I know that sounds cheesy or maybe over the top but I feel like I'm so, so, so lucky to be part of that.

"I didn't have any chance of winning an Olympic gold medal, but I feel like as a comedian this is maybe the closest thing you could try and get to that."

Matafeo is just the fifth woman and the first non-white comedian to win the award.

"This is something I didn't think, genuinely, would ever happen.

"I've come to Edinburgh for the past three or four years, but when you start doing comedy in New Zealand it just seems like a weird dream come true that I couldn't imagine it happening.

"I feel almost uncomfortable. I'm trying to find a way to process it."