A 23-year-old man was critically injured at Auckland Port when the tall truck he was driving tipped over. 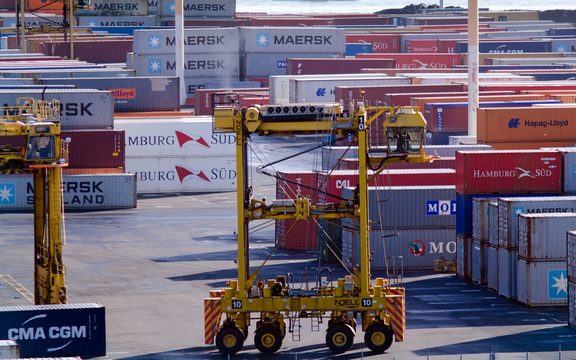 Police say they were called to the scene at 3.50am after the straddle truck, used to lift shipping containers, overturned at Mechanics Bay.

Inspector Kai Shao said the man was trapped in the cab and had to be cut out by fire crews.

He was taken to Auckland Hospital.

Ports of Auckland acting chief executive Wayne Thompson said the container terminal was closed until further notice while an investigation got underway.

"At this stage the cause of the incident is not known. Our primary concern is for the welfare of our colleague and we are doing everything we can to look after him and his whanau, friends and colleagues."

He said the union's national president Carl Findlay was going to the hospital this morning to show support for the man and his family.