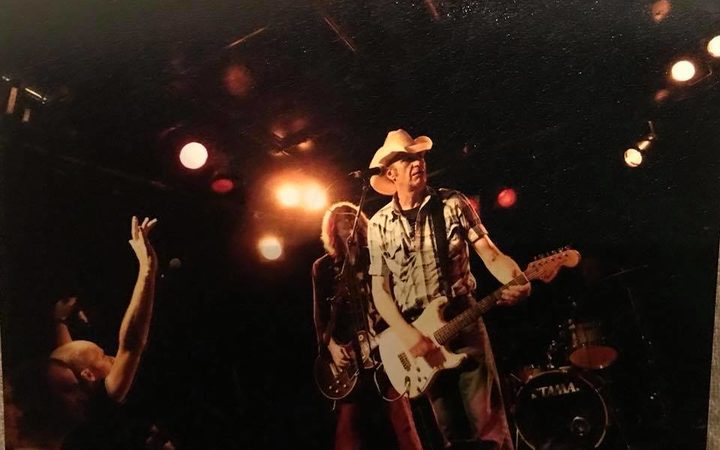 He was diagnosed with inoperable liver cancer in March and entered palliative care. He died on 21 August aged 61.

"My husband, my partner, my soulmate and my friend, Spencer Patrick Jones, passed away peacefully earlier this evening holding my hand after being sung a beautiful song by Angela Howard," she wrote.

"I feel completely exhausted and lost right now. The journey has been a long one for us both. I miss him soo [sic] much already."

Jones played guitar with Paul Kelly and Chris Bailey (The Saints), not to mention the many bands he was in. Most notably he played in the Beasts of Bourbon, which featured fellow punk icons James Baker (Hoodoo Gurus), Tex Perkins (Dum Dums), and Kim Salmon and Boris Sujdovic (The Scientists).

Jones was also a one-time member of the unpredictable Los Angeles punk band, The Gun Club, in 1983. The band's drummer and guitarist quit shortly before they were due to tour Australia so Jones was recruited from his opening band, the Johnnys.

Jones moved to Australia when he was about 20 and played in a number of groups before joining the Johnnys, in which he played lead guitar and sang backing vocals. He co-wrote their song, I Think You're Cute.

With a heavy heart I just read of your passing. RIP Spencer. A true Aussie (NZ) legend of song

More recently, his group Spencer P Jones and the Escape Committee was his main focus.

Tributes have come in from musicians from around the world who knew and respected him.

R.I.P. Spencer P. Jones . Will miss you lovely friend of The last 35 years. Grand guitarist and songwriter . Cherish the fact we had personal and stage time together this last year..and all those years.#spencerpjones #guitarist #songwriter #thegunclub #beastsofbourboun #johnnys pic.twitter.com/arxcTGAjz7