Yarrow Stadium has been found to be an earthquake risk despite engineering reports stating otherwise, now the stadium's owners are considering taking legal action. 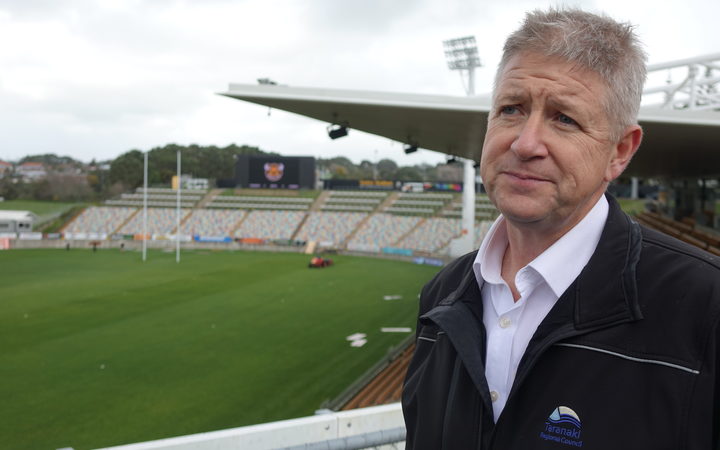 The stadium's east stand was shut down in November last year and the west stand in June after engineering reports revealed they were both a significant earthquake risk.

The Taranaki Bulls play their first home game of the season at Yarrow Stadium tomorrow night when they put the Ranfurly Shield on the line against Manawatū .

Fans are being asked to pack into the uncovered terraces at the northern and southern ends of the ground while 8500 covered seats remain off-limits.

The Taranaki Stadium Trust - which is controlled by the Taranaki Regional Council -- took over ownership of the stadium from the New Plymouth District Council in 2014.

Trustee Mike Nield said as part of its due diligence it received engineering reports showing the west stand was 85 percent of New Building Standard and the east stand 75 percent.

Mr Nield said it was a shock when the true picture emerged after a more detailed investigation was carried out following the Kaikōura earthquake.

"The news that the stands were earthquake-prone buildings was devastating for all involved and the trust and the regional council were no different in that scenario. We adopted a safety first principle and closed them down until subsequent investigations found out what we can and can't use."

The latest test results mean the public toilets, media and corporate facilities in the west stand would be in operation tomorrow night, but the seating would remain closed because of the risk of the stand's 25 tonne roof collapsing in a earthquake. 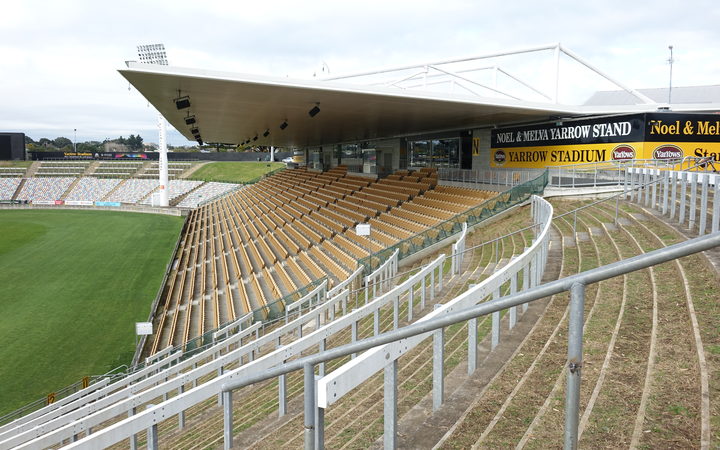 Sitting in the west stand will be out of bounds. Photo: RNZ / Robin Martin

"They've proven to be inaccurate with subsequent and more detailed testing and we're keen to explore in the fullness of time what liability issues might arise from those IEPs."

But some industry insiders have questioned why a more detailed analysis was not done in the first place.

Director of civil engineers TSE Taranaki, Frank Kerslake, said IEPs needed to be taken with a pinch of salt.

"It's like anything a detailed assessment is, was it says it is, detailed. You go through it completely and check every nook and cranny while an IEP is more like a builder's inspection. It's a pretty broad-brush review."

Mr Kerslake said IEPs could be useful in identifying good and bad buildings, but could also result in oversights.

"There's always the case where something can't be picked up until you do a detailed assessment and it's not until you do the hard calculations that you can pick up whether there's been an error.

"A lot of people don't appreciate the difference until it's too late, that's the trouble." 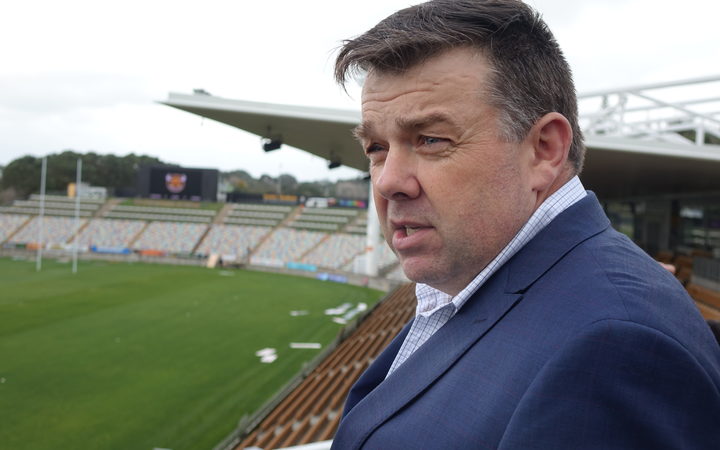 The New Plymouth District Council commissioned the IEPs from independent engineers CPG, which now trades as the Calibre Group .

Mr Wright said if a building scored below 67 percent of the New Building Standard, best practice was to conduct a detailed evaluation. As both stands were over that mark, nothing was done.

He was confident fans using the reopened west stand facilities tomorrow night would not be in harms way.

"We've had independent engineering advice that's provided some reports that have told us the building is not earthquake-prone. We are satisfied on the back of that advice that it's safe."

Mr Wright said the west stand now had a NBS of 45 percent, anything 30 percent and under is considered earthquake prone.

The Calibre Group was unable to say why there was such a large difference between its IEPs and the more detailed analysis done on the stands.

In a statement, a spokesperson said the IEP was a broad-brush screening tool prepared by the New Zealand Society of Earthquake Engineering to be used as part of an Initial Seismic Assessment (ISA), and it gives an indication of the building strength.

"It is considered to provide a relatively quick, high-level and qualitative measure of the building's performance. The IEP enables territorial authorities, building owners and managers to review their building stock as part of an overall risk management process.

"This assessment is not calculations based and is based on the fundamental assumption that the building has been constructed in line with the building standards of the time."

Meanwhile, the Taranaki Rugby Football Union is urging Bulls fans to get behind their boys and pack out the reconfigured stadium tomorrow.