Meat processor Land Meats New Zealand has been fined more than $66,000 for illegally discharging wastewater into the Whanganui River. 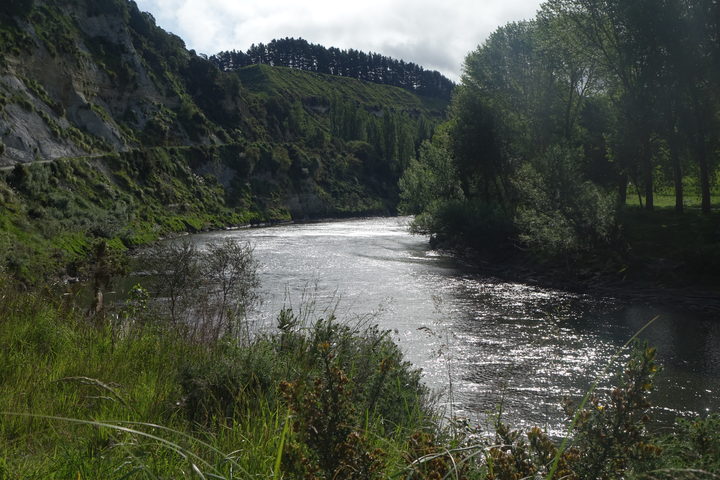 LMNZ has been fined after the company's Bryce Street plant's wastewater pump malfunctioned in March 2017 resulting in wastewater flowing onto land, into stormwater drains and the Whanganui River. Photo: RNZ / Robin Martin

A division of the company Affco Group appeared in the Whanganui District Court yesterday.

It heard that in March 2017 a malfunction occurred in the company's Bryce Street plant's wastewater pump resulting in wastewater flowing onto land, into stormwater drains and the Whanganui River.

In a statement, Manawatū and Whanganui Regional Council which brought the case said the court noted there was a very high level of carelessness on behalf of LMNZ. It noted that its systems were antiquated and there were no fail-safes or back up systems, meaning in the event of a failure there was an inevitable discharge to water.

Horizons strategy and regulation manager Dr Nic Peet said the court also recognised it was a significant discharge and there was the potential of serious effects on the Whanganui River.

"The pump was used to send wastewater from the factory's trade-waste sump to the trade-waste wastewater system managed by Whanganui District Council. The pump, along with a back-up pump, blocked - resulting in meat processing wastewater flowing on to land and into stormwater drains, and potentially into the Whanganui River," he said.

An Affco spokesperson said the discharge occurred due to an unexpected mechanical failure of the trade-waste pump.

"The court accepted that the effects of the discharge were adequately mitigated and its response to the overflow was described as 'brilliant'. Land Meat received a discount in sentencing for good character and for having no previous convictions," the spokesperson said.

"We feel the sentencing is an appropriate result and sends a clear message to commercial and industrial businesses that they need to carefully manage their operations to ensure they comply with the required environmental regulations. If they fail to do so they risk the imposition of significant fines and convictions.

"The state of the Whanganui River is of utmost importance, it has significant cultural and recreational value to the wider community, so the responsibility for its health lies with us all."

The court also acknowledged the significance of the river, Dr Peet said.

"It noted the Whanganui is an iconic river and is recognised in statute as a legal person by Te Awa Tupua Act, reflecting the important connection between the river and iwi - which calls for a high level of protection."

Yesterday's sentencing was one of three successful prosecutions relating to the discharge of wastewater recently brought by the regional council.

The other two were against Le Poulet Fabuleux Limited, a large commercial operation in Himatangi for careless disposal of wastewater and effluent into the Lake Koputara, and the Whanganui District Council for the discharge of human wastewater from a pump station into the Mowhanau Stream in January 2017.

He encouraged members of the public who witnessed any environmental incidents to call the council's 24-hour pollution hotline on 0508 800 800.