New Zealand's only Mormon temple is to close for three years while earthquake strengthening and renovations take place. 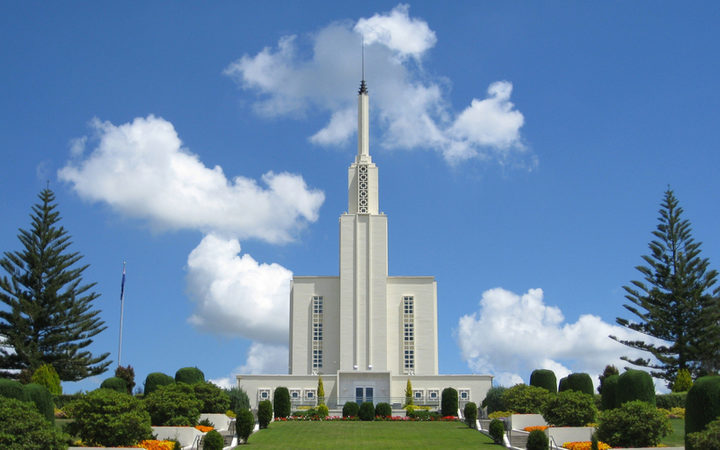 The Church of Jesus Christ of Latter Day Saints temple, built in 1958 is at Temple View, near Hamilton, serves the country's 115,000 members and those in New Caledonia and the Cook Islands.

While the New Zealand temple is closed, church members will need to travel to temples in Australia or in Fiji, Samoa, Tonga and Tahiti for these ceremonies. The temple is for marriage and other special ceremonies, separate from the church's weekly worship houses.

Director of special projects Cory Karl said the church preferred a one-off closure to carry out the work so there was less disruption.

The work is necessary to meet heritage building earthquake standards.

"As a result of those regulations we have redesigned the temple to try and accommodate seismic issues that we need to address."

"At the same time we are taking the opportunity to refresh parts of the building that have been in operation for a number of years."

Mr Karl said there was never any consideration given to permanently closing the temple.

He was reluctant to give the estimated cost of the work apart from saying it was "multi-millions of dollars".

"We [will] try to keep as much of the authenticity of how it was originally constructed in place, so we will do a refreshing so it will be vibrant and inviting."

The Church of Jesus Christ of Latter Day Saints currently has 159 temples worldwide and another 30 planned or under construction.

The renovated New Zealand Temple is expected to be rededicated sometime in 2021.

According to the Church of Jesus Christ of Latter Day Saints website, Construction of the New Zealand Temple was done by volunteer labour. In 1950, the Church had created a labour missionary programme so much-needed Church buildings could be constructed in the Pacific.

People with experience were called as missionaries to supervise the projects and young local missionaries volunteered their labour.