Beachgoers are being warned to avoid the water in a Bay of Plenty estuary where potentially toxic algae are blooming. 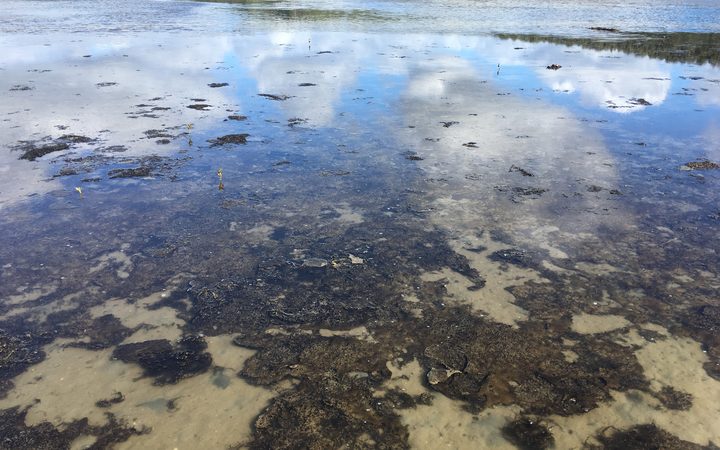 Toi Te Ora Public Health said algae were forming mats in the shallow areas of the Waihi Estuary at Pukehina, which may float free and spread right through the area.

It said contact with toxic algae could cause asthma, hay fever, rashes and swallowing it could cause muscle paralysis.

"Algal mats may also accumulate along the shoreline of the estuary around its mouth and so it's especially important that parents ensure that children avoid contact with these mats as they may be toxic."

Dr de Wet said dogs were particularly at risk and should be kept away from the shoreline.

Shellfish could accumulate the toxin and he advised people not to collect them from the estuary.

Meanwhile, the Ministry for Primary Industries extended the public health warning against collecting shellfish on the west coast of the North Island in Taranaki, Waikato, Whanganui, Manawatu, and Horowhenua.

The warning now extends from the mouth of Port Waikato southward to Te Horo Beach in the Wellington region.