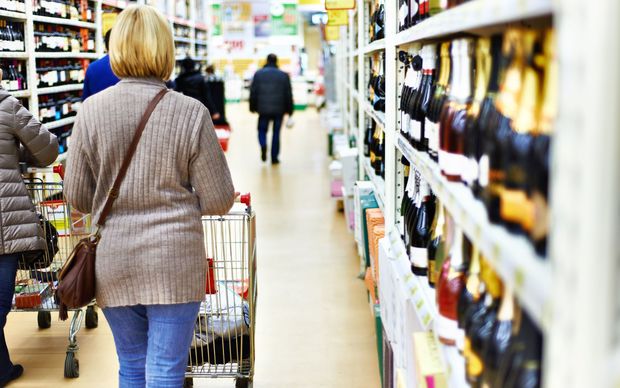 It is estimated that 600 children are born every year with foetal alcohol spectrum disorder (FASD).

"You see all these advertisements put out by the alcohol industry to sell this drug and it's not showing you all these brain damaged children in classrooms completely nutting off because they can't cope any longer, and smashing windows and hitting people.

"It's showing you glamorous people sitting at dinner parties."

At the moment, the warnings on alcohol products are voluntary and general.

The labelling of alcoholic products comes under food labelling regulations and the Ministry for Primary Industries (MPI).

When asked about warnings and the possibility of making them stronger, MPI supplied a statement.

"Given there is no set warning, many producers opt for a pictogram with additional wording such as, 'It is safest not to drink while pregnant'," it said.

"Whether to continue with a voluntary scheme or whether to make this mandatory is currently under active consideration by the trans-Tasman Ministerial Forum.

"A decision is likely to be made later this year."

But Children's Commissioner Judge Andrew Becroft said he wanted a nationwide advertising campaign telling people pregnant women and those wanting to conceive should not drink.

There was no proven safe level of alcohol consumption during pregnancy, he said.

"We have a strong and well-resourced liquor lobby in New Zealand and, in my own view, you could say it was akin to the gun lobby in the States."

He wants the government to commit to a prevalence study to find out how many New Zealanders struggle with some level of brain damage caused by alcohol.

The challenge of living with foetal alcohol spectrum disorder