Just months after a Waikato rest home was ordered to refund $10,000 for poor care of a 92-year-old, an audit has revealed a multitude of problems there. 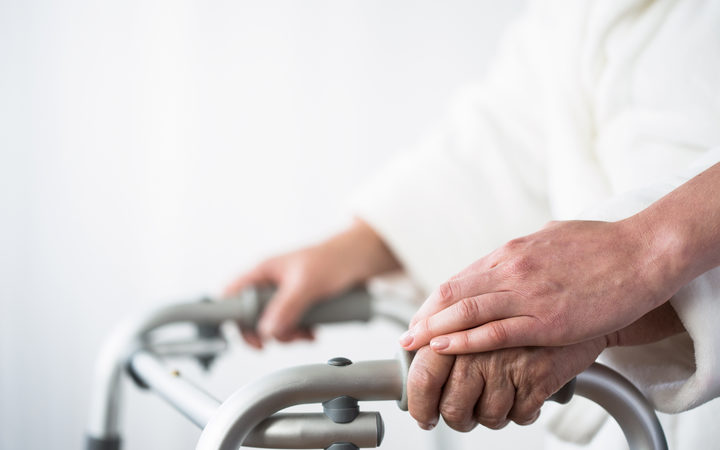 Robert Love, who took Cambridge's Bupa-run St Kilda Care Home to the Disputes Tribunal for its negligent treatment of his mother, said the regulatory system was failing vulnerable people and the government needed to step in.

Freda Love died in Waikato Hospital in February last year after five painful months at St Kilda, which her son described as "a cascade of misadventure, mistreatment and abuse".

On one occasion, he found his mother shivering in a urine-soaked bed with just a thin shawl for covering, the window wide-open and the call bell out of reach.

The Disputes Tribunal found a systemic failure to provide a reasonable level of care.

Mr Love, who had just received the results of an unannounced follow-up audit from June this year, was horrified that several of the problems he complained about were ongoing.

"We find, for example, [she] suffered atrociously from their inability to treat manage her wound, and we find that the wound champion [the nurse appointed to oversee wound care] has not had any external training and probably there might be a question mark over what training she has had."

The inspection also found only one of the 10 staff in the dementia unit had received dementia training, staff failed to respond to call bells within the expected three-minute timeframe, with some left unanswered for more than 20 minutes.

Two patients had no plans in place to treat their medical needs, four of 12 long-term care plans had not been evaluated within the six-month timeframe, and there was no process for responding to complaints.

In a written statement, Waikato DHB manager of the health of older people Fiona McMurdoch said the audit signalled some "corrective actions required".

"Subsequent to the unannounced audit, a further independent clinical nurse specialist review of a random sample of resident's clinical records in July 2018 did not find any concerns needing attention."

Robert Love said he was flabbergasted at the DHB's interpretation because "clearly the system is failing".

He went to the Disputes Tribunal in the first place because he was frustrated with the response from Bupa, the DHB, and the sluggish progress of the Health and Disability Commission.

The commission's investigation is ongoing.

"The regulatory authorities that we vest our confidence in have failed in this instance.

"I think they fail New Zealanders by not acting rigorously against care homes, which are clearly failing."

"The issues are only coming out either as a result of unannounced audits or families making complaints."

However, the Aged Care Association, which represents 90 percent of rest homes, said the current system was very robust, with facilities being audited every three or four years, with additional spot audits.

But its chief executive Simon Wallace said one case of poor care was "one case too many".

"We need to be acting on complaints swiftly and as efficiently as we can. But overall, with a sector with 36,000 beds - complaints of this nature are fortunately very rare."

St Kilda and Bupa have to provide the health board with all corrective actions by the first of September, ahead of a full certification audit in October.

In a written statement, Bupa's chief operating officer Carolyn Cooper said the company apologised to residents and relatives of St Kilda and could assure the public it was already dealing with the issues raised in the audit.

"A follow up audit by an independent reviewer at the end of June found that there was no evidence of the historical complaints of poor care."

Mr Love said his mother's ordeal showed all audits should be unannounced.

"The question remains: who is watching the watchers?"