Tūī are being seen in the port town of Lyttelton for the first time in 40 years. 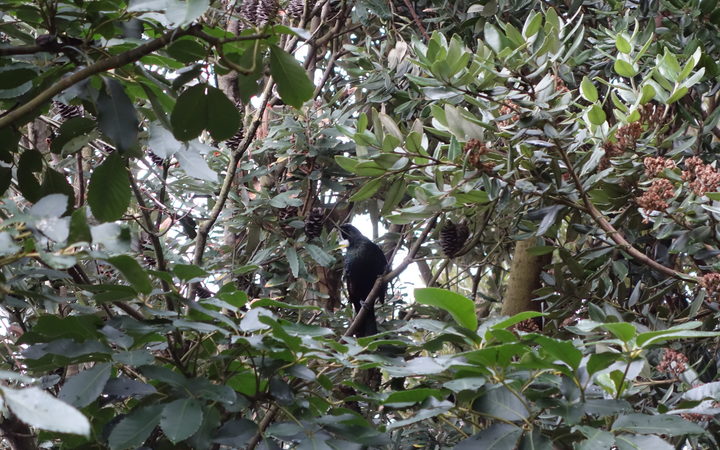 One of the two tui which visited Mike Stewart and Vicki Carlyon's home earlier this year. Photo: Mike Stewart

The bird may be a common sight in other parts of New Zealand, but they have largely disappeared from lowland areas of Canterbury.

Unfortunately they were not there the day RNZ visited but a couple of months ago they were in the backyard of Mike Stewart and Vicki Carlyon, who have embarked on replanting native plants over the last three years.

The couple bought their 10 acre section four years ago, and since then have planted around 3500 plants, with 1000 planted in the last year.

Mr Stewart said attracting bird life was one of their goals, and they were aiming to increase the number of bellbirds, and ultimately, hoping to attract tūī.

"There was an initial sighting in Urumau Reserve where a lot of planting has been done as part of community projects.

"We were out in the garden and heard and saw tūī. They were in a visiting tree, a Banksia, but it was very exciting." 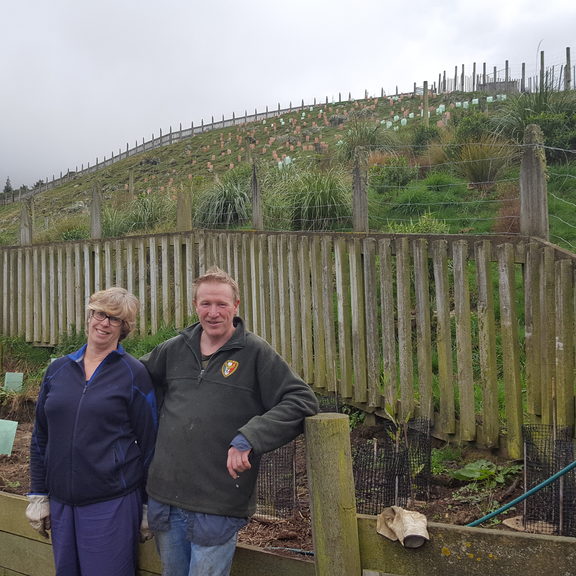 Vicki Carlyon and Mike Stewart have been working on transforming their Lyttelton property with native plantings for the last three years. Photo: RNZ/Rachel Graham.

In 2009, 70 tūī were introduced to Akaroa, at the other end of the Banks Peninsula, but until now they have not been seen in Lyttelton.

Mr Stewart said the general consensus in the town was that tūī were last seen in Lyttelton around 40 years ago.

When the couple bought the land it had largely been used as paddocks.

The job of transforming the land had been a huge job, with Mr Stewart focusing on clearing the land, while Ms Carlyon planted.

It was four-to-five hours a day work, she said.

"I've had friends and neighbours helping, which is fantastic. It makes the combi guards grow across the hill when you've got someone to help you."

The couple paid for the first 2600 plants out of their own pockets, but the last 1000 trees were donated via an environmental brokerage company, Trees That Count, paid for by Tauranga software company SwipedOn.

She said there is a variety of ways people can get involved.

Ms Hart said the goal was connecting people up.

"There are some people who don't have enough land but want to plant trees and some people with a lot of land who need help with funding for native tree planting."

Mr Stewart and MS Carlyon hoped to plant three-quarters of their 10 acres in native plants in the coming years, and that spotting a tui would be a common occurrence in Lyttelton.