Dozens of Australian women have signed up to be part of a class action against the pharmaceutical giant, Bayer, relating to health problems they say were caused by the sterilisation device, Essure. 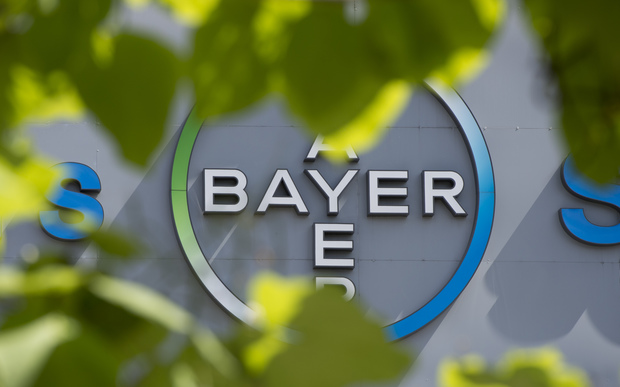 A logo of German pharmaceutical giant Bayer appears on an overpass at its Berlin headquarters July 24, 2013. Photo: AFP

However an Auckland health activist believes it could be some time before New Zealand women make a connection between use of Essure and ongoing health problems.

Essure is a permanent contraceptive device, which involves the insertion of two metal coils into a woman's fallopian tubes.

Amongst the problems reported by women in Australia and other countries are an allergic reaction to nickel in the device, development of auto-immune disorders and perforation of the uterus.

Sue Claridge from the Auckland Women's Health Council has done some research on Essure use in that area and found between 2011 and 2017, 31 women received an Essure device at Waitemata District Health Board.

None had been removed there as a result of adverse reactions or side effects.

However, she said, that could be because there has not been much publicity in New Zealand about the issues associated with Essure use.

"Some of the significant impacts the device has are systemic; things like auto-immune disorders, chronic fatigue; headaches was a significant one... nickel sensitivity.

"These are not things women would necessarily put down to the device, whereas if they suffer abdominal pain if the device migrates out of the fallopian tube and ends up in the uterus or other parts of the abdomen, ... an xray will show it up.

"If the device has moved or isn't where its supposed to be ... you can put those symptoms down to the device, but for the more systemic symptoms, it's much harder to link to the device."

Ms Claridge said that often it is not until enough people have reported the same symptoms in the same circumstances or news comes through of a class action that women and their doctors may make a link.

However its group manager, Chris James, said further complaints may have been made to Essure's distributors or the Health Quality and Safety Commission.

In April 2016, Essure's distributor, New Zealand Medical and Scientific Limited advised there was to be an upcoming revision of the Information For Use, "as women who undergo an Essure procedure and an endometrial ablation [a procedure to destroy the uterine lining, used to end heavy periods] may be at increased risk for certain events known to be associated with each procedure."

Last year Essure was withdrawn from sale in New Zealand.

In September, Medsafe advised of a recall of all unused products, saying "physicians are being informed of possible adverse events following implantation and being requested to monitor patients."

Ruth Hughes, the manager of New Zealand Medical and Science's medical division, said the company distributed Essure for 10 years, but received no reports of adverse effects.

Ms Hughes said there had been a downturn in Essure sales in New Zealand.

She understood that may have been related to medical problems, but she said NZ Medical and Science is a private company and its figures for Essure use in this country are commercially sensitive.