A former sailor has lost her bid to force the British military to respond to her allegations of sexual harassment and rape in a New Zealand Court. 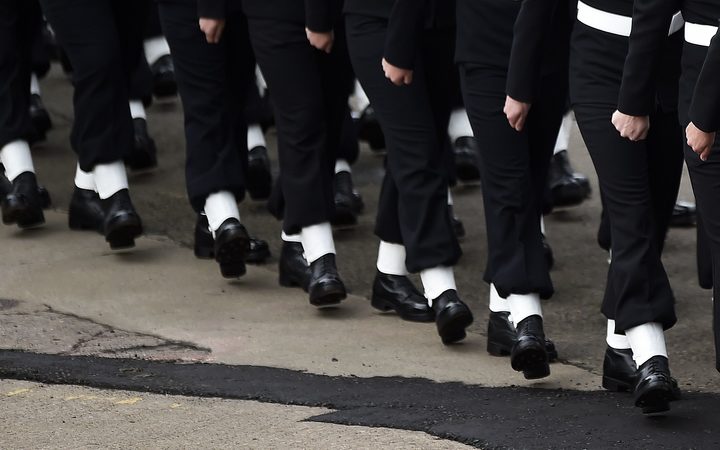 A former sailor alleges she suffered sexual harassment in the United Kingdom at the hands of Royal Navy personnel. Photo: AFP

Usually states have immunity against being sued in other nations' courts, but Hayley Young sought an exception to that on the basis the rape and treatment she received while in the United Kingdom breached a fundamental principle of justice.

She said New Zealand could not put aside its obligation to provide her with an effective remedy in the local courts for the wrongdoing she suffered in the United Kingdom at the hands of Royal Navy personnel.

Her lawyer Jol Bates told the Court of Appeal that, as a former officer of the Royal New Zealand Navy, she was in service for her country, serving her state.

"That means ... that [she] has a right to an effective remedy from within the New Zealand legal system."

Ms Young served the proceeding on the UK defence force outside New Zealand without leave of the High Court, which led to an objection from the United Kingdom.

Because she had not sought leave, matters had to be determined under New Zealand's High Court rules, meaning Ms Young had to establish there was a serious issue to be tried and New Zealand was the appropriate forum for that trial.

However, Justice Simon France ruled her challenge to the UK's claim of state immunity could not succeed because there was no recognised exception to such immunity for breaches of human rights.

He also found that "if the proposed exception was available it would only be applicable in circumstances of more systemic state sponsored violations of human rights than those alleged by Ms Young".

He accepted it would be expensive and difficult for Ms Young to conduct proceedings in England and two hearings would be needed as she was also suing in New Zealand about the same events.

"I ... observe [Ms Young] has chosen, as of course is her right, not to avail herself of opportunities to alleviate the difficulties.

"The Royal Navy has referred the matter to the Royal Navy Police who would investigate if [Ms Young] wished to make a complaint, but she declines to do so."

The Court of Appeal accepted the UK defence force was not an entity to which New Zealand's Bill of Rights applied, and found Ms Young's proposition that the New Zealand state was obliged to provide a remedy for breaches of the BORA, irrespective of who committed the breach, was incorrect.

"The ... state [New Zealand] may indeed exercise control over and owe obligations to its service personnel while they are on service abroad.

The Court of Appeal also upheld the earlier High Court judgment that under common law there was no recognised exception to state immunity for allegations of breaches of fundamental human rights.

Ms Young's lawyer argued that, as the High Court was already investigating events in the United Kingdom in connection with the negligence case against New Zealand, it was unreasonable and unfair to separate the case against the UK defence force for hearing and determination in a different court.

He said that would cause extreme disadvantage for his client and could also give rise to the prospect of conflicting rulings on fact and law.

The Court of Appeal has upheld the High Court's finding that the Courts of England and Wales were the appropriate forum for the claims against the UK defence force to be heard.

It also noted that the New Zealand authorities had suggested it could accept service and waive sovereign immunity in the United Kingdom, which would significantly reduce the disadvantage for Ms Young associated with running two proceedings in different jurisdictions.

However that was not an available option because, Ms Young made it plain she would only proceed against the United Kingdom Government if she was able to do so in the courts of New Zealand.