The organiser of last night's free speech debate at Auckland University says he was really happy with how things went. 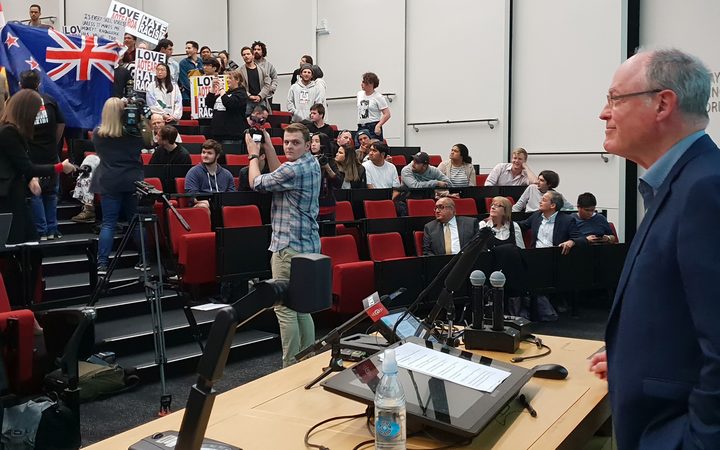 Former National Party leader Don Brash was confronted by protesters as he took to the stage at the university debate.

Dr Brash was a controversial speaker at the debate, in a lineup which included the New Conservative Party's deputy leader Elliot Ikiley and New Zealand Herald journalists Simon Wilson and Fran O'Sullivan.

Chris Ryan told Morning Report the debate, which bought in a crowd of more than 500 people, was a huge organisational effort.

"I'm just so proud that it went ahead and that we talked about what I think is a really important issue."

He said debating is a good forum to talk about this types of issues.

"People put in a lot of work in to come up with intelligent and well-reasoned arguments," he said.

"It didn't bother us that the protesters were there, it's their right to express their views about him and I'm glad that he got to speak in the end." 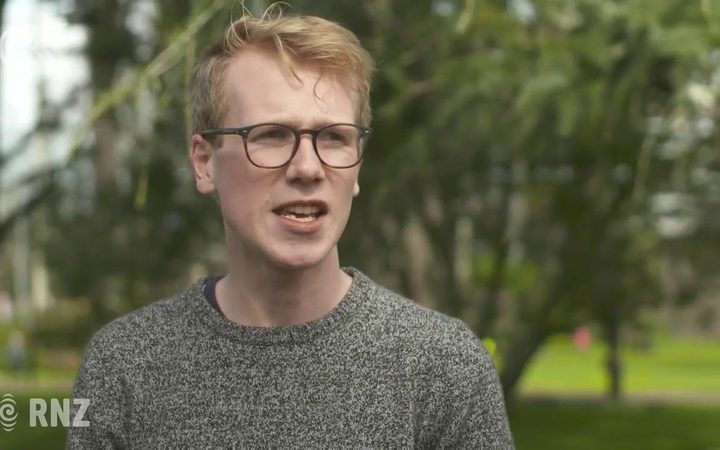 Chris Ryan is the president of the University of Auckland's debating society. Photo: RNZ / YouTube

Free speech is the most important issue in New Zealand right now, he said.

"One of the things that we think is really important as a club is promoting discussion about the big ideas in New Zealand society."

Mr Ryan said if the university were having security concerns he can understand why.

But he said "At my experience at university, people are really good at engaging with opposing ideas and critiquing them.

"I think that might be just by virtue of my involvement in debating... I think universities are still a hot-bed of discussion.