Rescuers have failed to refloat two humpback whales at a Northland beach on the high tide. 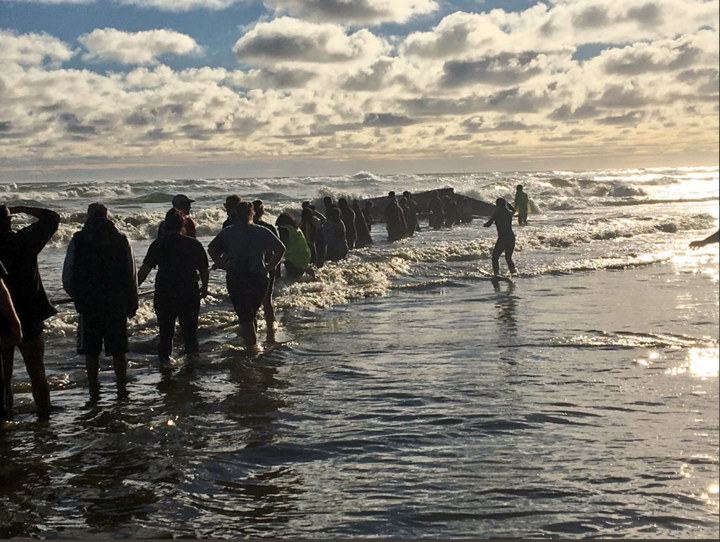 More than 100 volunteers joined staff from the Department of Conservation and marine mammal specialists to try to float the stranded whales today on the high tide.

The whales, one fully grown female and another possibly its calf, were found south of Baylys Beach, near Dargaville, at 8.30am.

***STRANDING UPDATE***
Despite a HUGE effort this afternoon we were unable to refloat the two stranded humpback whales on the high tide. Rescue efforts will continue tomorrow once the condition of the whales has been assessed at first light. pic.twitter.com/qBy5ncNSGy

Kaipara Mayor Jason Smith said it was heartbreaking hearing the mother calling to the calf.

The rescue effort was postponed when it got dark but would resume in force tomorrow morning, he said.