Two groups of protesters have faced off in Auckland in the aftermath of the cancelled event involving far-right speakers Lauren Southern and Stefan Molyneux. 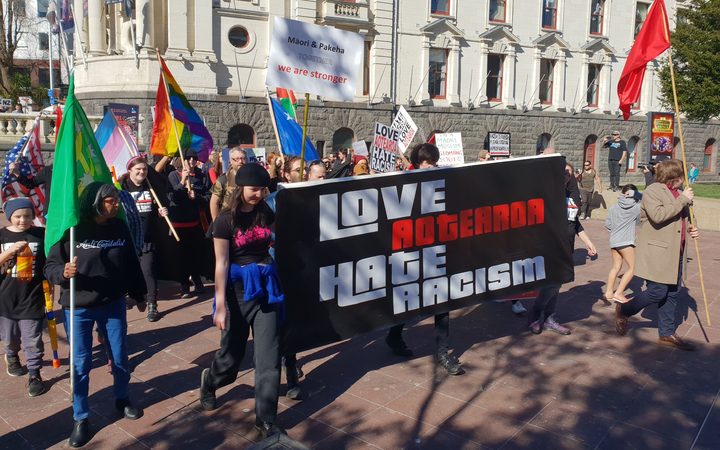 The controversial Canadian pair were supposed to speak last night, but the event was called off after the venue pulled their booking.

The pair are known for their extreme and polarising views on topics such as feminism, gender, immigration and Islam.

About 20 people backing Southern and Molyneux's right to speak were met with a larger group protesting against the pair's views in Aotea Square.

Many protesters on both sides carried placards and flags. 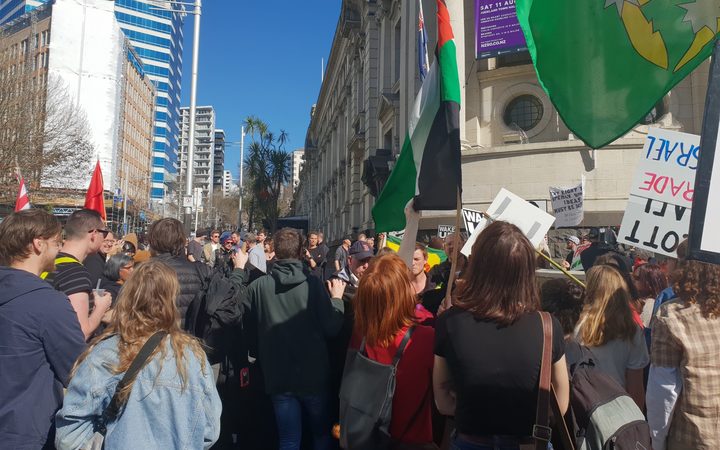 The protest has so far been peaceful, but there have been some heated exchanges between the two groups.

Two police officers are keeping an eye on the protest.