A cycleway along Auckland's northern motorway will make commuting to the city by bike as easy as it is for those in central suburbs, the group Bike Auckland says. 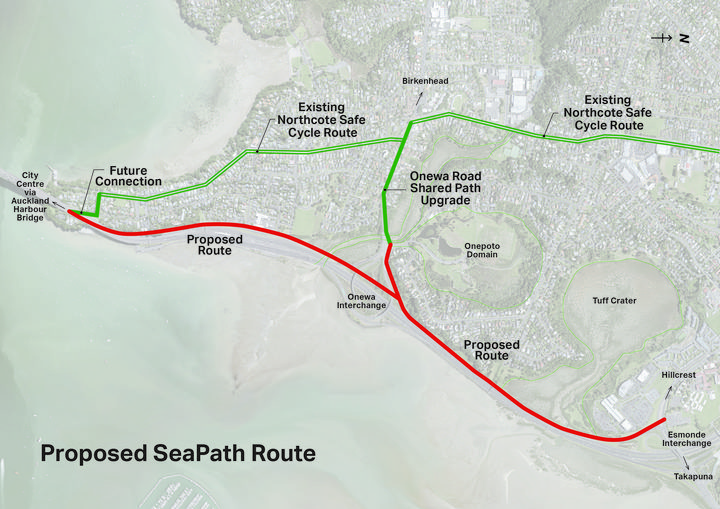 The New Zealand Transport Agency is seeking final feedback on the three kilometre Sea Path, which would run from the on-ramp at Takapuna to Northcote Point by the Harbour Bridge.

It would eventually link to a planned cycleway across the bridge.

A Bike Auckland spokeswoman, Barb Cuthbert, said she liked the route because it has several access points, making it easy for people to use.

But ferry services from Northcote Point would need to resume as soon as possible so people can make the commute from the North Shore to the inner city seamlessly, she said.

"This is the sensible choice but we need all avenues to be working - all operations need to be all go," she said.

The terminal at Northcote Point was closed by Auckland Transport in June because of structural problems.

Replacement buses stopped running last month because not enough people were using them.

Auckland Transport said it needed to decide whether the terminal would be repaired or replaced.

The initial route suggested for the Sea Path was a scenic option between the sea and the motorway.

But the latest option runs along the other side of the road.

"The Sea Path is really going to improve access between the places people live, play, study and work and gives them more options to move safely around Auckland," he said.

The agency is holding a series of meetings in August and are inviting people from the North Shore to come and give feedback.