The clinical director of the mental health unit that discharged a man three days before he allegedly killed a man has come under fire during cross-examination in court. 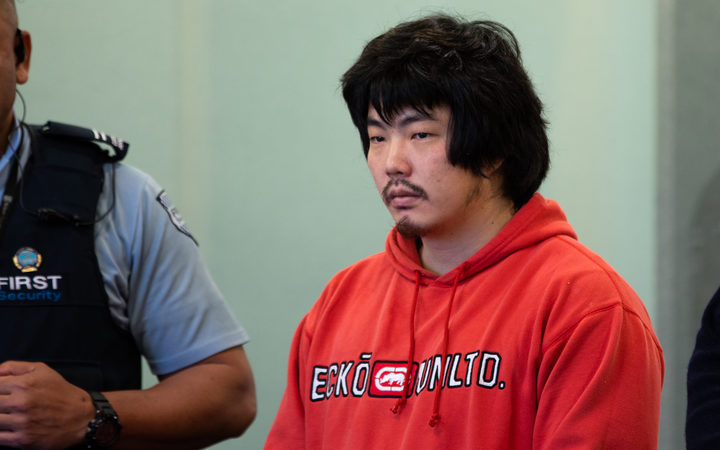 Gabriel Yad-Elohim has pleaded not guilty by reason of insanity to murdering Michael Mulholland in September last year and is on trial at the High Court in Auckland.

"Mr Yad-Elohim had presented in a sort of distressed and agitated fashion. He was experiencing thoughts and urges to injure Pacific Island, Māori, Asian and African people and he was hearing voices telling him to steer clear of Asian, African, Pacific Island and Māori people. He may also have been hearing the voice of God but that wasn't clear."

Mr Yad-Elohim has a history of schizophrenia and was admitted to the mental health ward, Te Whetu Tawera, on 17 September. He was given medication, and later transferred to the intensive care area. It was his fourth visit to a mental health unit in eight years.

Dr McColl said Mr Yad-Elohim had traces of methamphetamine and cannabis in his system but it was hard to say whether the drugs had caused the psychotic episode.

Dr McColl is the clinical director of Te Whetu Tawera and said the unit became full with all 58 beds in use. Mr Yad-Elohim had been due for discharge five days later on the 22nd but he could not get a WINZ grant for lodge accommodation.

He stayed an extra night before being sent to a respite centre in the community.

Under cross-examination from Mr Yad-Elohim's lawyer, Matt Goodwin, asked about clinical notes made by a junior staff member three days after his client's admission.

Mr Goodwin asked: "When we see in the medical notes, on the 20th of September, at 8:51am, that Mr Yad-Elohim is still having auditory hallucinations to kill Asian and African people, you're saying ... that didn't reflect something that was said at the time?"

The doctor said the notes had been made by a junior staff member but were inaccurate.

"You know, because of the seriousness of events that followed on from the discharge, we had an external review of the care given to Mr Yad-Elohim by a clinical director from Northland and a nurse director from Christchurch. They pointed out that the handover notes were kind of misleading so we've actually changed the process there."

That was the first time any of the lawyers in court had heard there had been a review and the court took an extended break so copies of the review could be made available.

Mr Goodwin asked the doctor if he was aware this was a murder trial.

"If something is inaccurate in the medical notes, did it cross your mind to actually mention that to the lawyers who are calling you as a witness?" Mr Goodwin asked.

Dr McColl responded: "I personally don't think... This is one entry by a house surgeon on one day."

Mr Goodwin responded: "Saying he wants to kill Asian and African people, a matter of a few days before he kills someone? Does that not strike you as something we should be alerted to?"

Doctor McColl denied he was throwing the junior staff member under the bus and said Mr Yad-Elohim was well when he was released.

Mr Goodwin asked: "How can you say: 'He's well' when he's been threatening to kill people for two days. He's withdrawn, we know he's treatment-resistant.

"Have you done anything else to assess the risk of him going back into the community?"

The doctor said he stood by his decision to discharge Mr Yad-Elohim into community care.

Mr Goodwin asked if he accepted he was wrong to discharge Mr Yad-Elohim early. Dr McColl said he was not.

The doctor said Mr Yad-Elohim was discharged under the Mental Health Act that required him to take his medication and accept treatment.

Three days after being discharged, the Crown alleges Mr Yad-Elohim stomped Mr Mulholland to death in the stairwell outside his Western Springs flat after a drug deal went wrong.