Ōhakune is still a town on edge following the bus crash which cost the life of 11-year-old Aucklander Hannah Francis at the weekend, and injured 18 others. 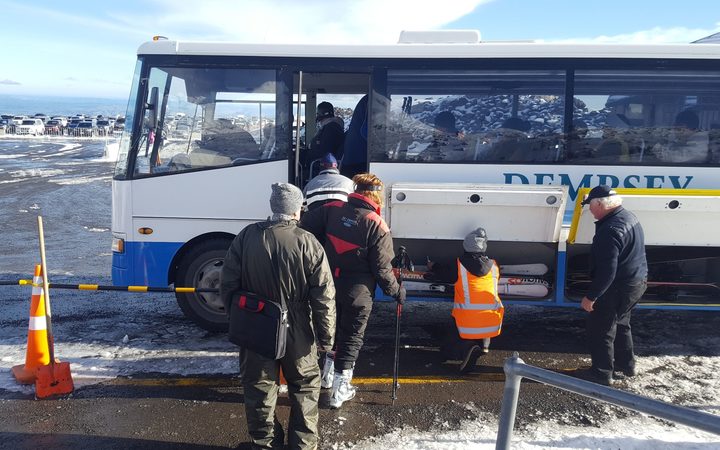 There's been an increased demand for snow chains since the accident, which has also left three people still in hospital.

Some people are nervous about using the Ruapehu Alpine Lifts shuttle service, but locals said that the tourist town will bounce back.

The owner of Off Piste ski rentals in Ōhakune, Johnny Henning, said it was not exactly business as usual when the Tūroa skifield opened on Monday for the first time after Saturday's fatal accident.

"It's probably actually made a few people want to rent chains from me rather than using the shuttle and that's an honest fair call, especially with families.

"A couple of families have said 'we prefer to take our own car for now until we know more'."

But Mr Henning did not think the accident would keep people away from the mountain. 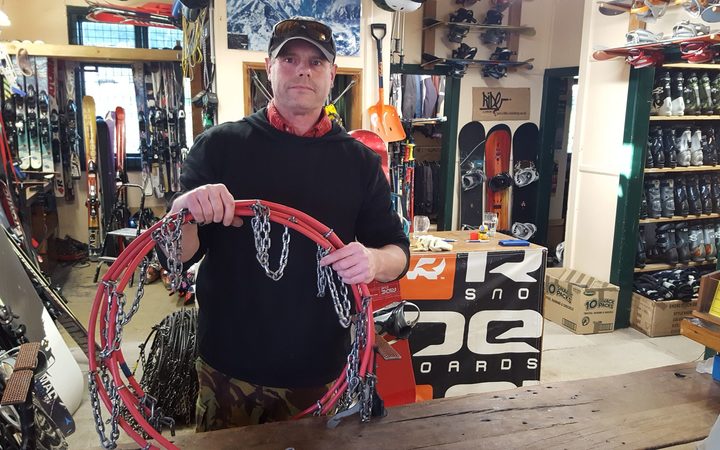 Keiran Murphy and Josh Kerr had just come in to return their chains - Keiran's sister Fenella was on the ill-fated bus.

"Well obviously because of what happened on the weekend we preferred to get chains than take the bus. It just felt safer," Mr Murphy said.

"Rather than cramming into a bus and going in we thought we'd find some chains and chuck them on."

The Mitsubishi Fuso bus involved in the accident had failed its Certificate of Fitness nine times over the past 14 years - and the men did not regret their decision to go it alone.

"We've just come down from the mountain and we saw a bus coming down and people were standing up in the bus. It looked like it had far too many people in it for safety. It was crammed, really crammed," Mr Kerr said.

Keiran's sister walked away from the crash with cuts and bruises, but he said she had feared the worst when the bus careered out of control.

"I asked her 'what did you do just before you crashed?' and she said 'I just held myself together and prayed, cause what else can you do?'"

Over at the Powderhorn - a popular apres-ski venue in Ōhakune - the accident was still a hot topic of conversation.

A veteran of nine seasons at the resort, Angie Thomas, said even she was a little apprehensive when she found herself using the shuttle.

"I mean I usually drive down with other people but there was no room left in the car so I ended up coming down in the shuttle but yeah it was fine.

"I did have a bit of anxiety but that was all."

Aucklander Tim Graham arrived yesterday and could sense the unease in town.

"You do get a vibe from the staff that you know that they are obviously aware of it and it's on everyone's minds. It's a pretty tragic accident to have in such a small community."

But Mr Graham thought people would soon move on.

Down at Mizzoni Pizza, Matthew McCarthy said everyone had their theory on the crash.

Mr McCarthy said he'd heard the driver had done valiantly in the circumstances.

"But apparently the driver was extremely experienced and so far from what I've heard it's not anything that's gonna come back on the driver.

"He did his best from what I've heard and he managed to get the bus across the bridge which probably saved a few more lives."

Mr McCarthy said people were feeling a bit down but would soon dust themselves off.

"Yeah everyone is trying to carry on and make the best of the season we have here but obviously it's put a bit of a dampener on the whole atmosphere in town but yeah we've just gotta try and pick ourselves up."

In a statement yesterday, Ruapehu Alpine Lifts said its thoughts were with the people involved in the crash and it would be making no further comment because it was under investigation.