Show people a way they can help the homeless and they'll do it in a heart-beat. 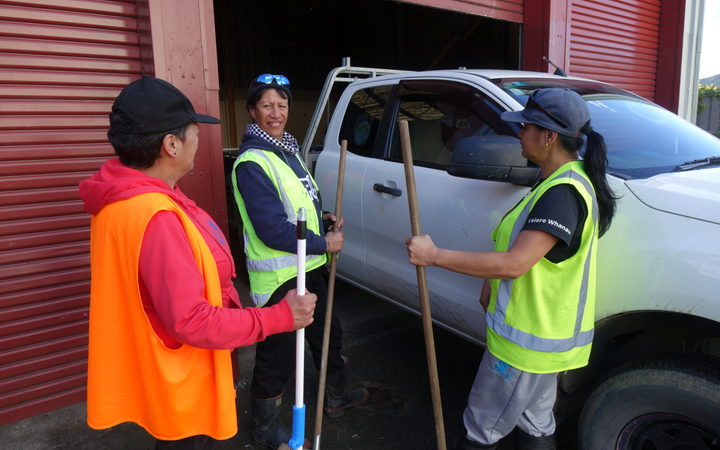 The broom and bucket brigade at the homeless centre. Photo: RNZ/Lois Williams

That's the heartening discovery community workers have made as they set up Whangārei's first day centre for people with nowhere to call home.

Work began last week on converting part of Whangārei's old Army hall into a place where people can go to get warm, have a wash, a feed and a bit of company.

The shabby, but sound old building is something of a rabbit warren and hasn't been used for decades.

But now the place is alive with people and activity, and the bleak old barracks is being transformed.

Whangārei's One Double Five Community House, an offshoot of St John's Church, is leading the project. 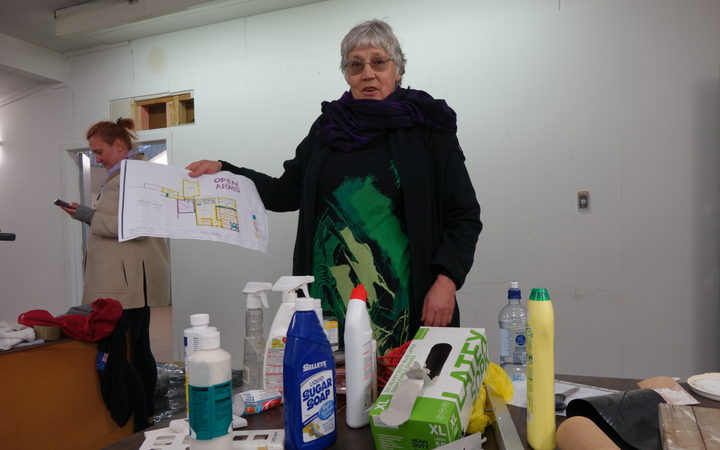 Carol Peters with the master plan for the day centre. Photo: RNZ/Lois Williams

The place is perfect for a day centre, with kitchens, bathrooms and space for a big laundry and meeting rooms, according to manager Carol Peters.

"I am really thrilled with the amount of work people have voluntarily done in the centre since last Tuesday," she said.

"We didn't have power; water had been cut off; the place was flooded out the back and there was trash everywhere - but look at it now."

Social worker Jane Dacent said people had flocked to offer their labour: cleaning and vacuuming, sanding and laying down plastic in preparation for painting.

"What's been real cool is the fact that families we've helped at One Double Five want to return the favour and come down and volunteer with us, which has been awesome.

"The response we've had has been crazy - a good crazy - but crazy," she said. 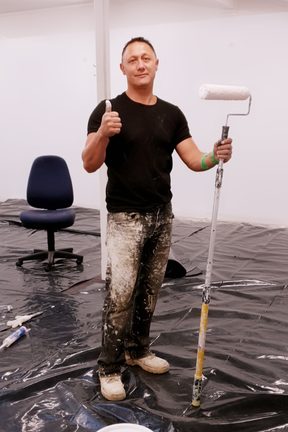 Members of the public have donated stoves, a barbecue, laundry tubs and clothing to the homeless centre.

Whangārei mayor Sheryl Mai said the generosity of the public had been amazing, but the day centre needed some big ticket items, like washing machines and fridges.

She'd like to see the business community doing its bit as well.

"I know that there are things they'll be looking for like furniture and whiteware and just ongoing financial support and it would be fantastic to think the business community can swing in and provide some assistance as well."

The day centre would also be a place where homeless people can be helped by social agencies to find a place to live, the organisers said.

Carrie Kake, who's been taking the homeless into her home for years, said it was sad to think that every evening, people would have to leave the centre and go out into the cold to sleep in their cars, on a relative's sofa or under a bridge.

"We are trying to find a way to set up a couple of houses as night shelters," she said.

But setting up a night shelter was more complicated due to fire and safety regulations, Ms Mai said.

"It's a discussion that's going on up and down the country. Other places are also grappling with the need to provide both day and night shelters."

Ms Mai said at least the city's homeless would be safe and warm by day, when the centre opens in a few weeks time.

Social workers said at least 80 people were sleeping rough in the city, and many others had to leave their temporary accommodation during the day.