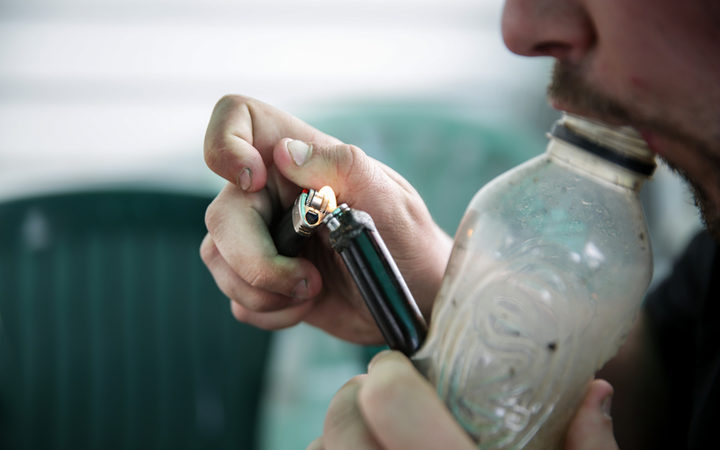 Provisional coroners' figures show 40 to 45 people died in the year since last June because of the drug, compared with two deaths in the previous five years.

On Morning Report yesterday, the Drug Foundation said there was a lack of national co-ordination, information sharing or extra resourcing.

But a Customs' spokesperson Bruce Berry said that was incorrect.

Customs constantly informed and worked with other agencies such as the Police, ESR and Netsafe, he said.

The National Party said the punishment must be harsher for illegal synthetic drugs.

Synthetic cannabis was outlawed in 2014, the current jail term for supply and selling is a maximum of two years.

National MP Simeon Brown said that should be raised to eight years, which would give the police stronger powers.

He said the tougher Psychoactive Substances Amendment Bill, which has had a first reading and was currently before a select committee, should be supported by all parties in Parliament.

"My bill will put the dealers of these substances on notice and ensure our justice system has the tools to more appropriately deal with the people who clearly don't care about the harm they're causing."