Firefighters have brought a blaze in a commercial building in the Lower Hutt suburb of Gracefield under control.

Fire broke out at Chair Solutions on Hutt Park Road shortly after 6am, and an automatic alarm alerted emergency services.

At its peak 20 ground and aerial fire appliances were battling the blaze on Hutt Park road in Gracefield, after being alerted by an automatic alarm just after 6am.

By 5pm five appliances remained on site and it was expected crews would remain there overnight.

A Hutt City Council spokesperson said the building contained asbestos but there was little risk to neighbouring businesses, as health effects from asbestos released from fires is considered low. 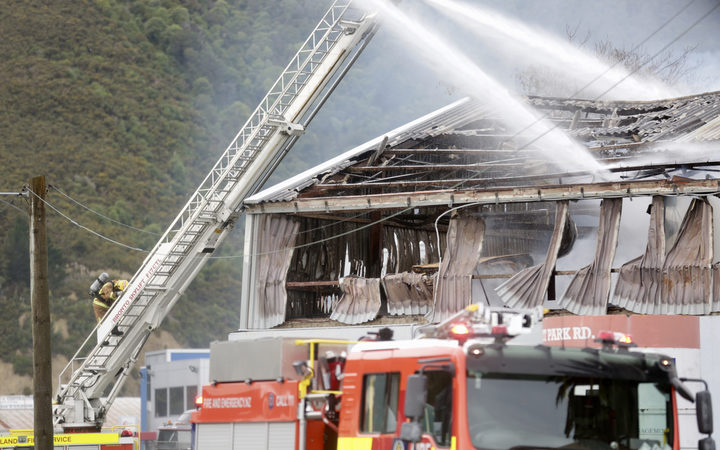 The fire broke out about 6am today. Photo: RNZ / Richard Tindiller

Neighbouring businesses were evacuated by police because of the smoke.

John Tuau works at Kiwi Bus Builders, across the road from the fire, and said he heard an explosion.

"The smoke was billowing ... you could see flames rising from the three buildings involved.

"Then we heard a small explosion, so we backed off."

A large plume of black smoke was visible over the suburb.

The chief fire fighter at the scene said crews were taking precautionary measures due to the likely presence of asbestos and were wearing protective equipment.

The council is monitoring the asbestos and assessing the clean-up that will be required.

WorkSafe is taking air samples in Lower Hutt due to the asbestos in the building. 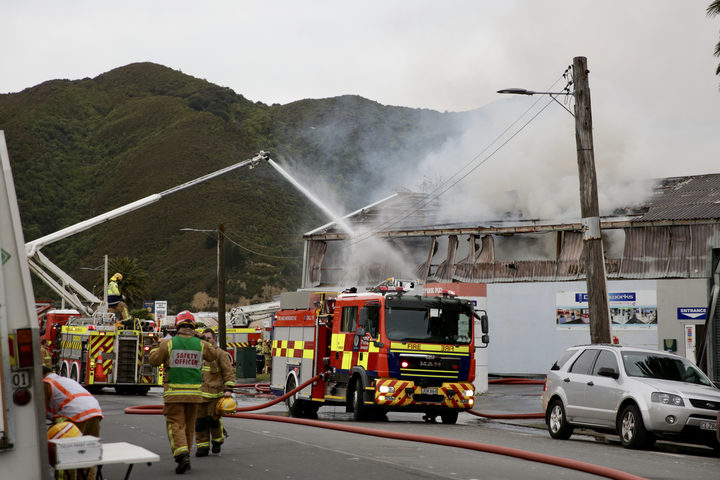 Twelve fire appliances were at the scene this morning Photo: RNZ / Richard Tindiller

People were being advised to close doors and windows, turn off air condition and move further away if they could smell smoke. Anyone experiencing breathing difficulties or eye irritation should go to a doctor or A&E.

The building's owners were now working with their insurers and the Hutt City Council as to its future, he said.

September 2016 QV figures show the building had a rateable value of $4.7 million.

The building is owned by one entity, and was leased out to three different companies.

The fire started at one of those companies - Chair Solutions - which manufactures and distributes furniture.

An employee of Chair Solutions said two factory workers were inside when the alarm first went off, but they got out quickly and safely.

Fire investigators had interviewed witnesses, but Mr Dunphy said it was unclear whether they would be able to enter the building to assess what caused the fire, due to extensive damage.

"There's not a lot left to see what was in there ... there's a whole lot of chair frames, there's a lot of packing material, stacks of material where the fire has been deep seated and that's why it's taken us so long to extinguish it."

Last week Lower Hutt businesses were evacuated when fire broke out at recycling firm Macaulay Metals, apparently sparked by a fire in a machine being used to cut up fridges. 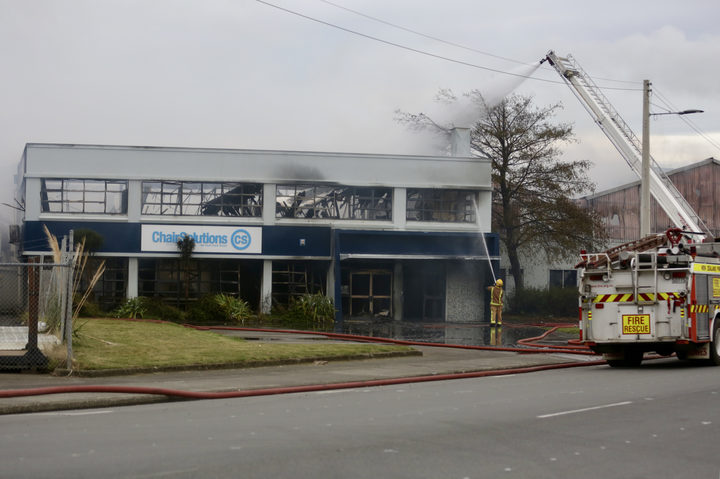