Two people have been arrested afte a group protesting against the use of the poison 1080 tried to walk across the Auckland Harbour Bridge this afternoon. 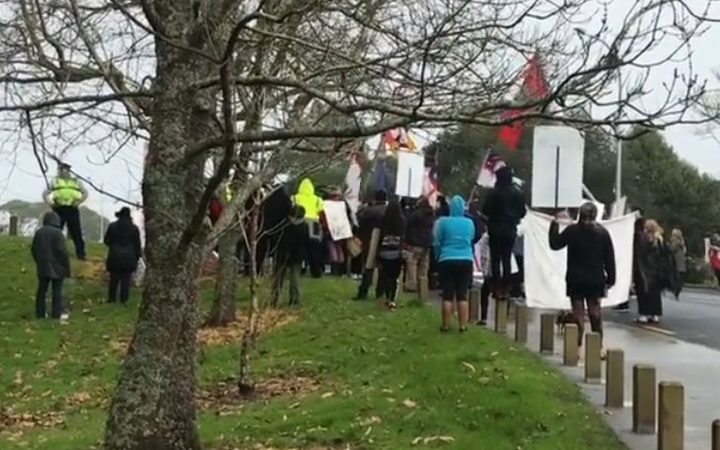 The protesters are part of a hikoi that wanted to cross the bridge as part of a journey south from Northland.

The hikoi co-organiser, Emille Leaf, was arrested and charged with assaulting police and obstruction.

He was remanded on bail until Friday, with one of his conditions that he cannot go within one kilometre of the bridge.

Another woman was arrested but was not charged.

Inspector Alisse Robertson said police had warned the protesters against walking across the bridge.

"While we respect any person or groups right to lawfully protest, we must also balance this with public safety. Walking across the Auckland Harbour Bridge poses significant risk to both motorists and the individuals themselves," she said in a statement.

The NZ Transport Agency did not receive a formal application from the group, she said, and had said any request would not be approved because of safety concerns.

Mr Leaf said the group was given permission to drive across in a convoy but he wanted to walk to emulate Dame Whina Cooper's hikoi in 1975.

Police said they have attempted to work with protesters since they left Northland but they continue to ignore police advice.